Beginning its life as a publicly traded company with a bang, Bloom Energy provided investors with plenty to celebrate regarding its second quarter.

In its first earnings report since its IPO last month, Bloom Energy (BE 10.32%) reported an adjusted net loss of $0.27 per share in the second quarter, improving upon the adjusted loss of $0.68 per share that it reported during the same period last year. That alone was hardly enough to electrify the enthusiasm of investors, who drove the stock up as much as 3.8% in after-hours trading following the earnings release. Let's dig in and take a closer look at what charged up investors.

A solid oxide fuel cell company, whose Bloom Energy Servers run on either natural gas or biogas, Bloom Energy achieved the higher end of its guidance, reporting second-quarter revenue of $168.9 million -- a 94.6% increase over the $86.8 million it reported in Q2 2017. According to management, the renewal of the investment tax credit (ITC) earlier this year played a major role in the company's sales growth, while a better sales mix and an increase in acceptances also served as key drivers. 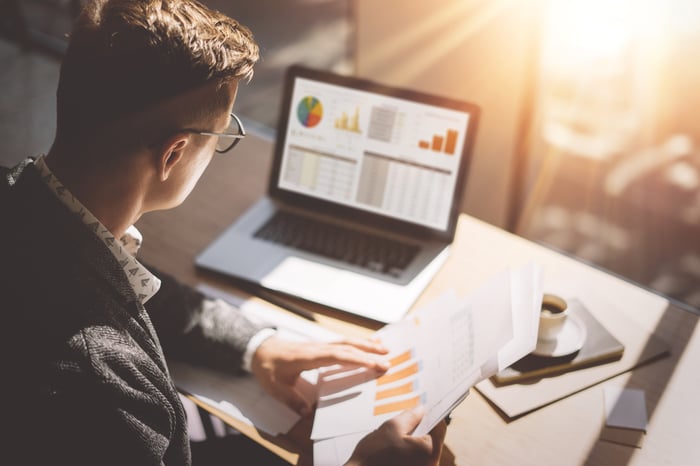 In line with its forecast, Bloom reported 181 acceptances, the transitions of orders out of backlog when commissioned, during the second quarter. Through the first half of the year, Bloom has booked 347 acceptances -- a 23% increase over what it reported during the same period in 2017. The company, furthermore, forecasts 215 to 235 acceptances in the third quarter. Should Bloom achieve the midpoint of this guidance, it will signify 36% growth in acceptances for the first nine months of 2018 as compared to the same period last year.

Although it's the company's revenue that may steal the headlines, it's important to pay close attention to the company's acceptances, since growing the number of deployed systems will translate to an increase in higher-margin service revenue down the road.

Besides significant growth on the top line, the company advanced closer to profitability in the recently completed second quarter -- a notable feat considering how elusive profits have been for companies operating in the fuel-cell industry. In the second quarter, Bloom reported a gross profit of $32.8 million and a gross margin of 19.4%. A marked improvement over the negative $9.2 million the company reported in Q1 2017, this past quarter marks the third consecutive one in which the company has reported a gross profit.

Reporting a $5.3 million loss from operations, Bloom failed to extend the profitability farther down the income statement. Although the loss is undesirable, investors can still count the company's performance as a success. When excluding stock-based compensation, operating income totaled $2.6 million, improving from the $33.1 million loss from operations excluding stock-based compensation the company reported in Q1 2017.

The most shocking figure of all?

In addition to producing a bottom line colored black instead of red, generating consistent operational cash flow serves as another hurdle fuel cell companies have failed to surmount. Distinguishing itself in the second quarter, however, Bloom reported $15.9 million in cash provided from operating activities -- noteworthy considering the company reported negative $15.5 in cash from operations in Q1 2017. From the scant data the company provided in its prospectus, it's not possible to compare the recent performance to other quarters, but a look at the annual results provides some greater context: in 2016 and 2017, the company reported negative operational cash flow of $282.8 million and $67.2 million, respectively. 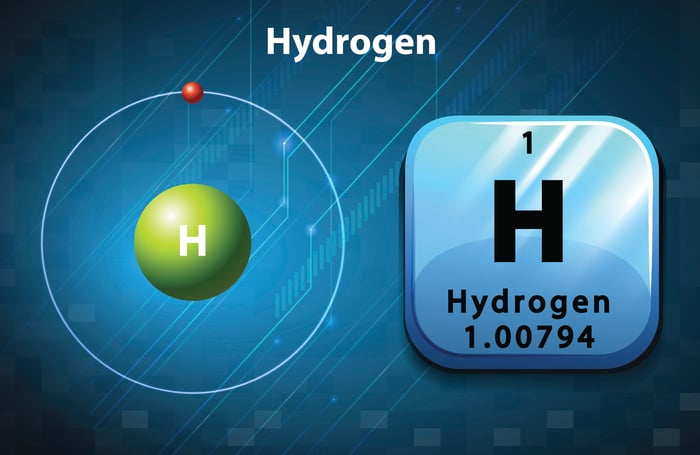 Whether the company's success in generating positive cash flow in the second quarter was an aberration or a sign that the company has turned a corner remains to be seen, but it's something worth investors' close attention. Should Bloom consistently generate operating cash flow, it could help the company forego the risk of weighing down its already debt-laden balance sheet much further.

An electric start to its life in the public eye

By several measures, Bloom supercharged investors' excitement regarding the company's second-quarter performance. The amount of insight into the quarter, however, is limited by the fact that the company didn't hold a conference call due to it being in the SEC-mandated quiet period. In the letter to shareholders, though, management stated its intent to begin holding conference calls next quarter. In addition to monitoring revenue, profitability, and cash flow, therefore, investors will want to watch closely for management's commentary about the company's prospects moving forward.

Editor's note: An earlier version of this article referred to Bloom Energy as a hydrogen fuel cell company. The Fool regrets the error.