Shares of Array BioPharma (NASDAQ:ARRY) gained 22.9% last month, according to data from S&P Global Market Intelligence. The stock is up 63% in 2019 through March 5. 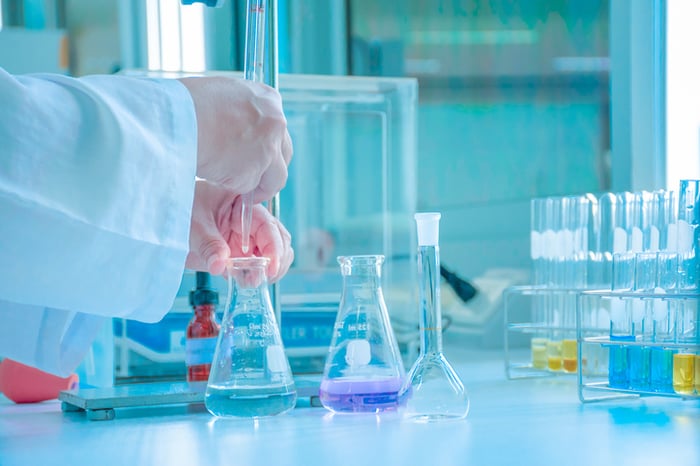 We can attribute Array BioPharma stock's strong performance last month to the company's Feb. 4 release of fiscal second-quarter 2019 results that were better than expected. Following the release, shares gained 11% on Feb. 5 and continued to move higher during the month.

Check out the latest earnings call transcript for Array Biopharma. 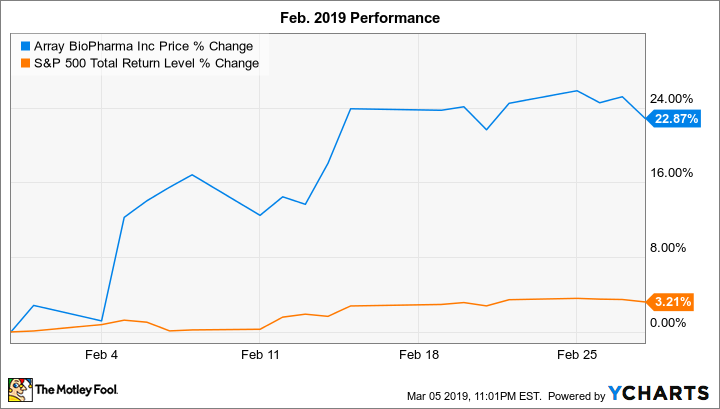 U.S. sales of its two drugs to treat metastatic melanoma in patients with a BRAF mutation, Braftovi and Mektovi, totaled $22.7 million, a 62% increase from the previous quarter. Collaboration and license revenue contributed $50.9 million, $40 million of which was a milestone payment from Loxo Oncology (NASDAQ:LOXO), and reimbursement revenue added $8.9 million to total revenue.

The drug combination is being rolled out in Europe and, in January, received approval in Japan.

In the earnings release, Array BioPharma provided an update on its clinical trial progress for its drug combination targeting BRAF-mutant, metastatic colorectal cancer. The combination produced overall survival of 15.3 months in a safety lead-in of Phase 3 trial. BRAF mutations occur in about 15% of colorectal cancer patients.

Investors should be getting some material news by the end of the first half of this year. The company said that if top-line data for its colorectal cancer study is positive, it plans to ask the Food and Drug Administration (FDA) for an accelerated approval.