Investors were pleased with the company's robust growth in the last quarter.

The high-flying human resources technology provider delivered another round of impressive operating performance last month, which sent the stock price to a new all-time high. 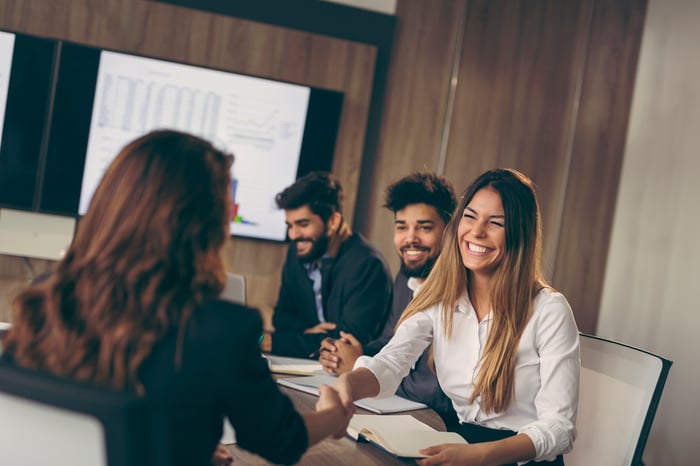 For the fourth quarter, revenue climbed 32% year over year, which brought the full-year revenue up 31% to $566.3 million.

Given all the accounting changes around tax reform, Paycom's growth in cash from operations of 42% over 2017 might be a better measure of the company's profitability last year.

One of the highlights of the quarter was an improvement in the annual client retention rate that reached 92%, up from 91% -- the first increase in six years.

CEO Chad Richison credited the strong performance to Paycom's employee usage strategy: "We believe our impressive results are due in-part to our strategy to promote usage of Paycom software among our clients' employees. We are excited about our prospects for continuing to win new business utilizing this strategy through 2019 and beyond."

Check out the latest earnings call transcript for Paycom Software.

Paycom stock is up 1,000% in the last five years, and given the recent robust results, the company clearly has a long runway of growth ahead in providing businesses with easy-to-use and intuitive software to recruit and manage talent.