Operating income rebounds after a disappointing showing in the previous quarter.

After surprising shareholders with meager operating income and a net loss in the fiscal fourth quarter of 2018, avocado and fruit supplier Calavo Growers (CVGW 1.51%) posted appreciably higher operating income in its fiscal first-quarter 2019 report, released on Thursday. The improved results were primarily driven by better execution in avocado distribution despite a weaker pricing environment. 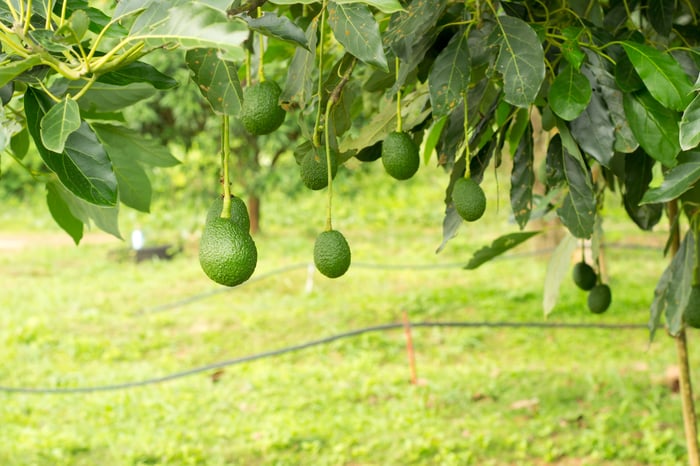 After several disparate factors combined in the previous quarter to produce low margins and scant operating income, Calavo Growers' three segments appear to have stabilized in the first quarter of the fiscal year. Calavo CEO Lee Cole commented on the favorable results in the company's earnings press release:

Calavo's businesses are executing well and we are excited about the course ahead in fiscal 2019 and beyond. With our deep breadth of resources -- operating, financial and human capital -- as well as planned initiatives during the current year, we think the future looks exceedingly positive and I am eagerly anticipating reporting on the company's continued progress.

Calavo Growers doesn't provide detailed earnings guidance. However, in addition to the optimistic outlook provided above, CEO Cole also expressed confidence in the company's FreshRealm subsidiary, which has contributed losses to Calavo of late, but has the potential to add to the company's bottom line.

Cole noted that Calavo has extended a loan package to FreshRealm (totaling nearly $20 million), which should help the organization expand its meal-kit operations. Cole also noted that Calavo Growers' confidence in FreshRealm has been boosted by cost-cutting initiatives in the subsidiary and a "meaningful" new supply contract signed in the first quarter with "a large multi-national, multi-channel retailer."

Further detail on FreshRealm should be available when Calavo files its more detailed 10-Q report for this quarter. Yet clearly, management is counting on the fresh packaged food segment to eventually bolster Calavo's already bright long-term growth prospects.