Stocks extended their losing streak Wednesday despite a lack of news on trade. The Dow Jones Industrial Average (DJINDICES:^DJI) and the S&P 500 (SNPINDEX:^GSPC) both fell, with losing stocks outnumbering winners by more than 2 to 1.

As for individual stocks, Amazon (NASDAQ:AMZN) is closing its pop-up stores in the U.S., and Kroger (NYSE:KR) got crushed after announcing fourth-quarter results. 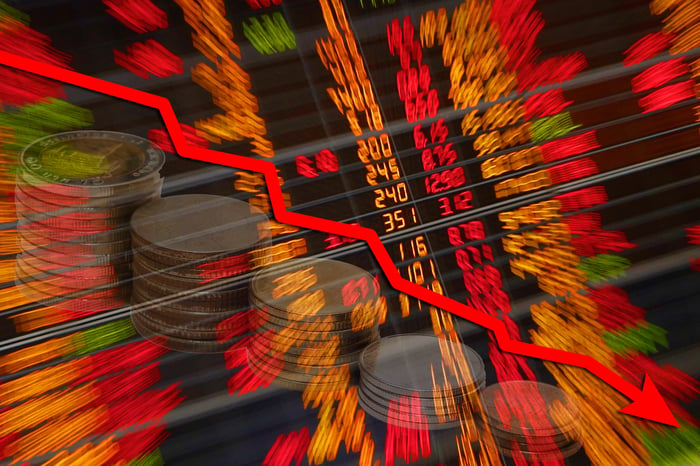 Amazon is shutting down all 87 of its pop-up stores in the U.S., according to The Wall Street Journal (subscription required), as the company refines its strategy for physical retail locations. Shares slipped 2.6%.

The shops are small kiosks in malls, Whole Foods, and department stores such as Kohl's, staffed by Amazon employees and selling Amazon products like Echo smart speakers. In a conference call earlier this week, Kohl's had said that it was closing its 30 Amazon store-within-a-store concepts, but placing the Amazon products in other departments and extending the assortment to 200 of its stores. Amazon said last quarter that it had also launched the kiosks in six European countries during the holiday season.

Amazon is more than willing to experiment, which can mean discarding ideas that aren't working. This news comes just days after reports that the online giant plans to launch a new supermarket chain that will complement its Whole Foods unit by offering a different variety of products and lower prices. Far from pulling back from physical stores, the tech titan is still investing its Amazon Go concept, Amazon 4-star, and Amazon Books.

Kroger's results were diminished by investments the company is making in digital sales, store space optimization, and aggressive pricing, but the company said on the conference call some of these headwinds would turn into tailwinds this year. Analysts on the call were clearly disappointed by the lack of progress the company is making and doubted its guidance for 2019.