Those numbers seem soft, but AEO benefited from an extra week of sales in the prior year quarter. It estimates that it would have generated an extra $60 million in sales during that additional week.

Tax reform benefits also boosted AEO's earnings by $0.08 per share a year ago. Excluding that benefit from both periods, AEO's adjusted EPS remained flat year-over-year at $0.44, which cleared expectations by two cents. 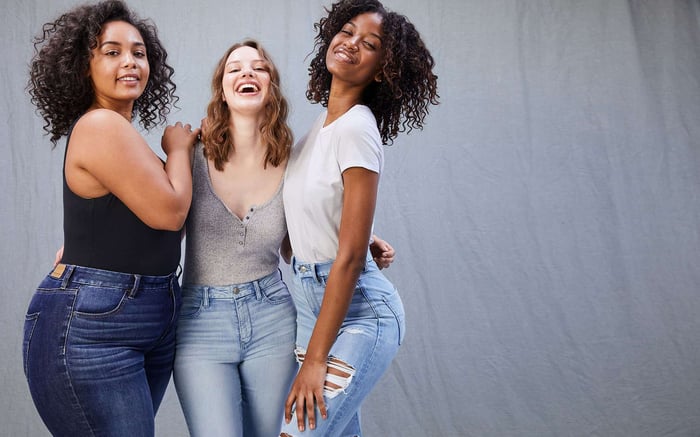 AEO's comparable store sales, which were shifted to align with the calendar years, rose 6% and marked its 16th straight quarter of positive comps growth. Its gross margin stayed flat year-over-year at 34.6%, as its lower markdowns were partly offset by higher distribution and compensation costs.

There was lots of confusing noise during AEO's fourth quarter, but its comps rose and its gross margin held steady -- which indicate that it isn't headed down the slippery slope of using markdowns to drive sales growth.

But is AEO still worth buying at these prices? Let's dig deeper into its fourth quarter report to find out.

AEO's four-year streak of comps growth is impressive, but the growth of both its core brands decelerated during the fourth quarter:

Nonetheless, American Eagle's comps still rose for the seventh straight quarter, which marks an impressive turnaround for the once-struggling brand. The company attributed AE's growth to robust sales of jeans and bottoms for both women and men. It posted its 22nd straight quarter of record sales for AE jeans, and its annual jean sales topped $1 billion for the first time in fiscal 2018.

Aerie posted its 17th straight quarter of double-digit sales growth, and it relied less on promotional activity and focused on higher margin products. It also reported that its loyalty numbers consistently rose in the mid-teens throughout the year, and that its retention rates were up over 20%. AEO's total digital sales rose by a "high single-digit" and accounted for 31% of its total sales for the quarter. 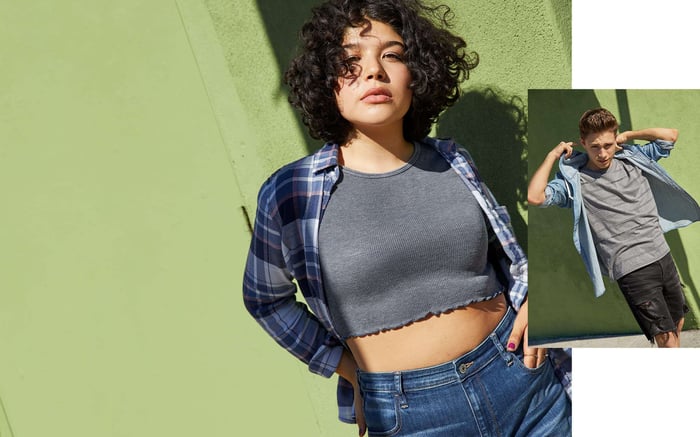 AEO's growth looks solid, but it only expects its comps to rise by the low single-digits during the first quarter, and for its adjusted EPS (which excludes asset impairment and restructuring charges) to decline between 9% and 17%. Analysts had expected 4% growth.

Those investments could strengthen AE and Aerie over the long term, but they also coincide with its decelerating comps growth, which the bears might interpret as a sign of weakness relative to other apparel retailers.

Abercrombie & Fitch (ANF -1.90%), for example, posted 3% comps growth during the fourth quarter, which matched its comps growth in the third quarter. A&F's gross margin also expanded 70 basis points annually to 59.1% during the quarter as it pivoted toward sales of higher-margin goods.

A boring "best in breed" player

AEO remains a "best in breed" player in the tough retail apparel market, and will likely benefit as its struggling rivals close stores. However, AEO simply isn't giving investors enough reasons to buy its stock as its comps growth decelerates and its expenses rise.

AEO's low multiple and high yield should limit its downside potential, but the stock probably won't rally again unless its comps growth accelerates (or stabilizes) as its gross margin expands.