Yeti had a rough IPO in 2018, but the company's growth strategy has given investors a reason to be optimistic.

Yeti ( YETI -3.76% ) has built a powerful brand built around recreational equipment and household products targeted at the outdoors. The company made a name for itself by selling extremely expensive coolers which retail for as much as $1,300. Yeti has crafted its brand to represent quality, which has helped justify its high prices.

Yeti believes it has built a strong runway for growth focused around expanding its line of products, shifting sales to more direct-to-consumer channels, and spending more on marketing. If Yeti executes well, strong growth and a higher stock price should follow. 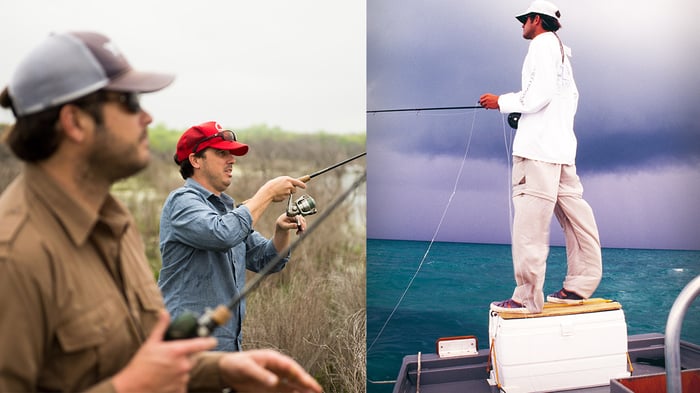 Yeti primarily went public to cash out its private equity owners and reduce debt. The company's private owners were probably eager to see the company public after an earlier attempt was shelved.

The company finally IPOed in October 2018. Unfortunately, Yeti's initial months of trading were pretty rocky. The stock market was already volatile in the fourth quarter, but Yeti added negative pressure to its stock when it released disappointing earnings right out of the gate. 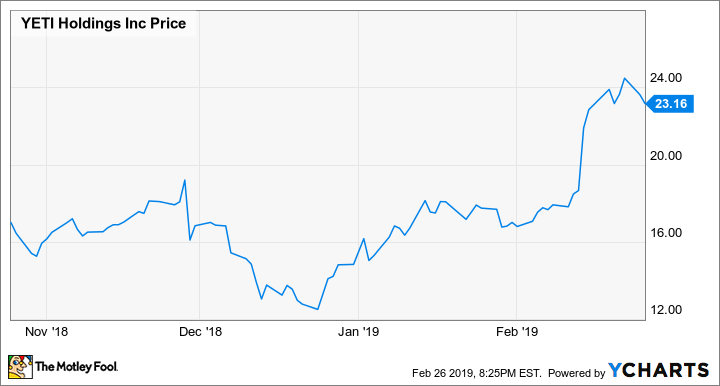 Yeti redeemed itself to investors with its fourth quarter earnings report. The company exceeded expectations, causing the stock to rally past its IPO price to new heights. Furthermore, Yeti told investors to expect 2019 revenue growth between 10% to 15%. The strong top line has fueled excitement that the company could be a solid growth stock over the next few years.

Extending the brand to new products

Brothers Ryan and Roy Seiders founded Yeti in 2006 to make high-performance coolers. The Seiders differentiated Yeti coolers from the cheap coolers available from Walmart by manufacturing its coolers through a rotomolding process, the same process used to make kayaks. In a rotomolding process, one large plastic mold is used to create a dense shell, as opposed to putting together smaller components. This makes coolers more durable and better insulated and has helped Yeti achieve its premium brand perception.

A few years ago, Yeti introduced drinkware and soft coolers. These products resonated with consumers, quickly becoming a large portion of Yeti's total revenue. By 2018, drinkware alone accounted for 54% of the company's total revenue. Capitalizing on the demand for non-cooler products, the company has introduced a number of items in the last two years, including backpacks, dog bowls, buckets, and apparel.

Yeti is building a brand above and beyond its original niche focused around selling technical equipment for serious hunters and fishermen. By introducing products in new categories, Yeti can not only expand to a broader customer base but also increase sales to people already familiar with the brand. Yeti's success in drinkware proves that its brand resonates beyond just coolers. If Yeti were to have another hit product, say in backpacks, the company could experience yet another bump in growth.

Yeti may want to focus more on DTC sales because it was burned by retailer inventory issues in 2017. After Sports Authority filed for bankruptcy in 2016, a large amount of sports equipment was liquidated at discounted prices, negatively impacting Yeti's sales. In its IPO prospectus, Yeti noted that retailers slowed purchases in 2017 because they had stockpiled too much inventory. The combination of these two factors caused the company's 2017 revenue to decline 22%. 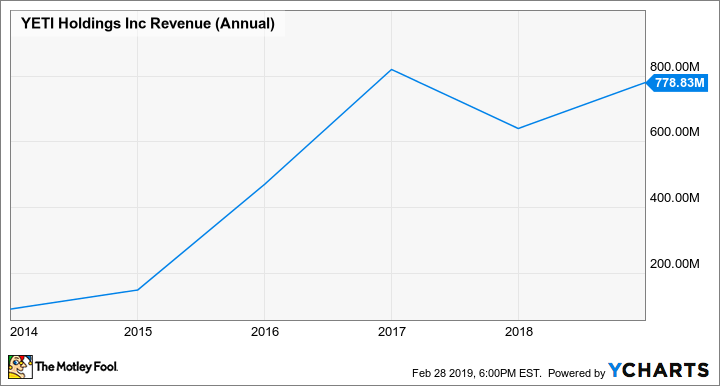 In addition, Yeti has invested in online sales through active social media accounts and paid online advertising. These investments helped Yeti's website grow traffic by 35% last year. Yeti has also launched an official store on Amazon. Although the company does not break out its online sales separately, online sales represent the bulk of DTC revenue.

Rounding out its DTC strategy, Yeti has started to open physical retail stores, using a novel approach. The company plans to open only one store in each city to serve more as a brand showcase than a typical store. So far, Yeti has opened one store in Austin, but it has two store openings planned for summer of 2019 and is actively identifying additional store locations.

Cultivating direct-to-consumer channels is a way for Yeti to control its relationship with customers. DTC also plays well to the broader trend of consumers doing more shopping online and gravitating toward products with a strong brand message. This is a solid strategy around which to build a consumer products business in 2019.

Yeti's products have been popular in the hunting and fishing communities, and until recently, the company relied mostly on word-of-mouth to find new customers. However, Yeti realized that if it wanted to grow beyond its enthusiast niche, it needed to invest in more traditional marketing.

Yeti knew it needed help to formulate a new marketing strategy. That is why the company recently hired Melisa Goldie to be the company's first Chief Marketing Officer. Ms. Goldie is a seasoned marketing executive who previously served as the head of marketing at Calvin Klein. Goldie will be focused on making Yeti a more recognizable brand with a mass market appeal.

With a new marketing leader at the helm, Yeti launched its first national TV and digital advertising campaign last year. The campaign has already reached a broad audience of over 200 million households and likely contributed to the strong quarter Yeti put in at the end of last year.

Given that Yeti already has great products but lacks the recognition of established brands, increasing marketing spend is a proven way to increase brand awareness and grow sales. Because Yeti hasn't spent heavily on marketing in the past, the current campaigns will likely generate a high return on marketing spend. This is excellent news for shareholders betting on continued sales growth.

Where will Yeti go from here?

In order for Yeti to continue growing sales, it must either sell more products to existing customers or find new customers. Expanding into new product categories is a way for Yeti to capitalize on its brand and sell more to existing customers. Increasing the company's marketing spend enables Yeti to reach a broader audience and reinforce its brand with those who are already familiar. Building a direct-to-consumer sales channel gives Yeti control over the relationship with the customers it acquires. Together, these initiatives are all positive moves that will help Yeti continue building its brand and growing revenue.

All signs point to Yeti having a runway for continued growth. The company has a sensible growth strategy and is doing a great job building and extending its brand. These are the ingredients that could continue to make Yeti's stock a growth darling in 2019 and beyond.