Please ensure Javascript is enabled for purposes of website accessibility
Log In Help Join The Motley Fool
Free Article Join Over 1 Million Premium Members And Get More In-Depth Stock Guidance and Research
By Rich Smith - Updated Apr 12, 2019 at 10:10AM

There may be a nugget of truth in rumors that IAMGOLD is for sale.

Two months ago, gold mining giant Newmont Mining announced a plan to merge with rival Goldcorp in a $10 billion all-stock transaction, sending Goldcorp stock up 12% in a day. Two months later, it's happening again -- this time to IAMGOLD (IAG 1.39%).

Shares of the Canadian gold miner closed 11% higher on Friday after StreetInsider.com reported that Australian miner Evolution Mining has expressed an interest in acquiring IAMGOLD. 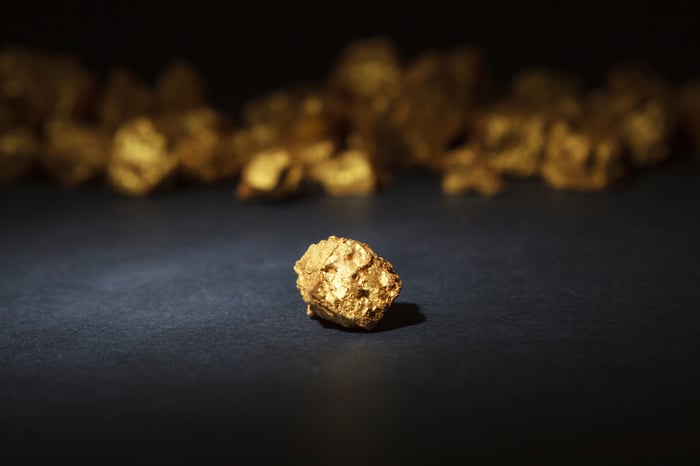 This is a rumor. This is only a rumor.

And yet, SI noted that IAMGOLD's January decision to postpone construction on its "Cote Gold" project back in January suggests management "is open to a deal," keeping its business simple and uncomplicated for a would-be acquirer.

What's more, since IAMGOLD announced this postponement more than a month ago, I'd say it's also suggestive of negotiations having been going on for a while -- which might further increase the odds that a merger is in the works.

Still, nothing's set in stone yet. Investors buying IAMGOLD stock in hopes of scoring a big payday when someone steps up to pay a big merger premium could still be disappointed -- and end up holding nothing more than a few shares of currently profitless IAMGOLD stock for their troubles.