Chipotle's 6.1% comp growth was well above analysts' projections for 4.5% growth. Moreover, revenue rose 10.4% to $1.23 billion, while adjusted earnings per share increased 11% to $1.72. Those figures also surpassed consensus estimates, which had been for $1.19 billion in revenue and $1.37 in adjusted EPS.

These gains were fueled in part by a 65.6% surge in digital sales, which accounted for nearly 13% of Chipotle's revenue in the fourth quarter. The company's investments in digital technology, drive-through lanes, and expanded delivery options are helping Chipotle rapidly become a leader in mobile food orders. 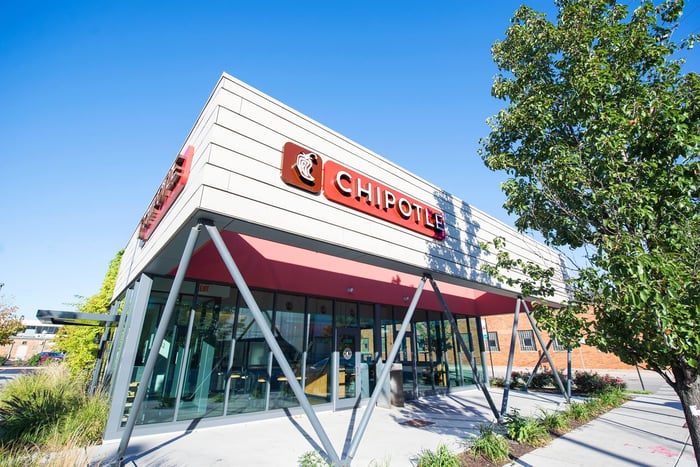 Chipotle's digital initiatives should position the company to benefit from the trend toward app-based orders and delivery, thereby helping to offset declines in traditional retail traffic. Investors have taken notice, and the stock is now up more than 40% so far in 2019.

Yet even with only 2,500 stores in the U.S. -- compared with more than 6,000 for Taco Bell -- Chipotle has plenty of room left for expansion. As such, new restaurant openings, combined with several other powerful growth drivers, could help to drive Chipotle's stock price even higher in the years ahead.