Please ensure Javascript is enabled for purposes of website accessibility
Log In Help Join The Motley Fool
Free Article Join Over 1 Million Premium Members And Get More In-Depth Stock Guidance and Research
By John Ballard – Updated Apr 12, 2019 at 11:03AM

The online real estate marketplace released its fourth-quarter earnings results, which featured robust growth on the top line. But it was the news that Zillow co-founder Rich Barton was returning to the CEO role and his outline of an aggressive growth strategy that got investors excited. 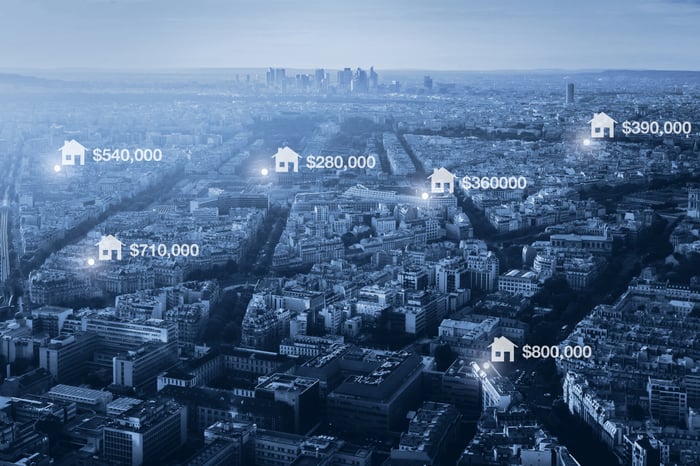 While Zillow hasn't reported a profit lately, the company continues to dazzle investors with robust growth rates in revenue. In the fourth quarter, revenue rose 29% year over year to $365.3 million. That brought full-year revenue for 2018 up to $1.33 billion, representing 24% growth over 2017.

The lack of profit hasn't kept the stock from rising 217% since its IPO in 2011. Investors have given Zillow the benefit of the doubt, given the substantial opportunity to disrupt the traditional methods of buying and selling real estate.

Zillow gave investors more reason to be bullish last month. Barton laid out the next phase of Zillow's growth strategy that involves shifting the company's business model to allow for real estate transactions and home loan originations. As Barton explained it, Zillow is attempting to do for real estate what Uber did for ride hailing: "Fundamentally, we are following consumers who have been Uberized and are growing to expect magic to happen with the simple push of a button. We've seen this in travel, ride hailing, car buying, shopping, streaming video and more, and the time for real estate is now."

Check out the latest earnings call transcript for Zillow Group.

The Zillow 2.0 strategy is an extension of where management has been shifting the business over the last year, with the launch of Zillow Offers and the acquisition of Mortgage Lenders of America.

Management believes its new growth strategy will significantly expand its addressable market. Assuming Zillow completes 5,000 home transactions per month, management believes the Homes segment could generate $20 billion in annual revenue alone within the next three to five years -- an ambitious goal for sure.