Politicians from both parties want to put conditions on share repurchases to make them less attractive to executives.

Stock buybacks may not always be the best stewardship of a company's resources, but that doesn't mean they should be illegal.

After corporations spent more than $1 trillion on share repurchases last year following huge corporate tax cuts, politicians on both sides of the aisle have moved to limit the ability of businesses to buy back their own stock in the future. But substituting the judgment of executives who know their business best, and who have a fiduciary responsibility to shareholders, for that of Washington's politicians who are reacting to class envy among their constituents is unlikely to result in a better outcome. 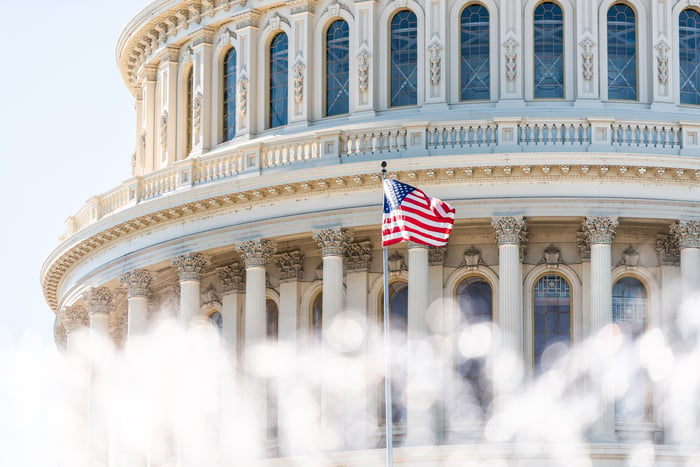 An unprecedented return of capital

Corporations returned a record amount of money to shareholders last year in the wake of President Trump's 2017 tax overhaul. In addition to the $1 trillion-plus in stock buybacks, a record volume of dividends was paid out; 2018 was the seventh straight year of higher payouts. Dividends paid by the S&P 500 companies alone totaled $456.3 billion, a 9% increase from the $419.8 billion the index doled out the year before.

There were also broad-based increases in worker pay through hourly wage rate increases and bonuses paid out as companies shared their windfall from tax cuts with employees, so it can hardly be said corporations were hoarding their wealth. But if restrictions are placed on stock buybacks, wealth hoarding is the proabable end result.

Democratic Senate Minority Leader Chuck Schumer and democratic socialist Sen. Bernie Sanders penned an op-ed in The New York Times decrying the "corporate self indulgence" of stock buybacks. They note that between 2008 and 2017, more than 90% of corporate profits were used for either share buybacks or dividends. Their proposed solution would set a list of conditions a company would need to meet before being allowed to repurchase its shares, including:

Their proposal would also make it less attractive for companies to pay dividends by altering the tax code.

Republican Sen. Marco Rubio also wants to discourage companies from buying back stock by changing the portions of the tax code that he says encourage this behavior. Instead, he suggests giving businesses greater tax incentives for investing in capital assets, as well as research and development (R&D).

Proposals from the left and the right both ignore all the benefits that accompany companies returning money to investors, whether through stock buybacks or dividends. Investors use the cash they receive to reinvest in more companies or add to their existing positions, and then the companies ideally invest the funds into more capital expenditures (capex) or R&D. The other way investors utilize these cash payments is by spending it, which injects the money back into the economy.

Although it's true some companies don't always deploy capital in the most appropriate manner, such as buying back stock simply to boost earnings per share and inject false optimism into their quarterly results, but they're the exception, not the rule.

The best use of capital

Businesses and their leaders constantly walk a tightrope to find the best way to deploy profits, whether it means expanding their business, hiring top talent, or investing in R&D, which often results in innovation that benefits society. Sometimes, though, those options aren't the best use of a corporation's cash, and investing in itself, either through buying back stock or paying dividends is the better choice.

Limiting a company's ability to buy back stock, or making it more expensive to do so, will only cause companies to sit on their cash, or deploy it in projects unlikely to deliver the best returns. That would be a waste of resources, and might impede companies and investors alike from increasing their investments.

We can debate whether a given corporation's decision to buy back stock is the correct use of its cash, but it will almost always be a better alternative to letting politicians direct the company.