TrueCar, Kraft Heinz, and GameStop are at rock bottom these days.

The market's been rallying since bottoming out late last year, but naturally not every stock is participating in this ticker-tape parade. Hundreds of stocks are actually hitting 52-week lows, even as the market in general is pushing its way higher. 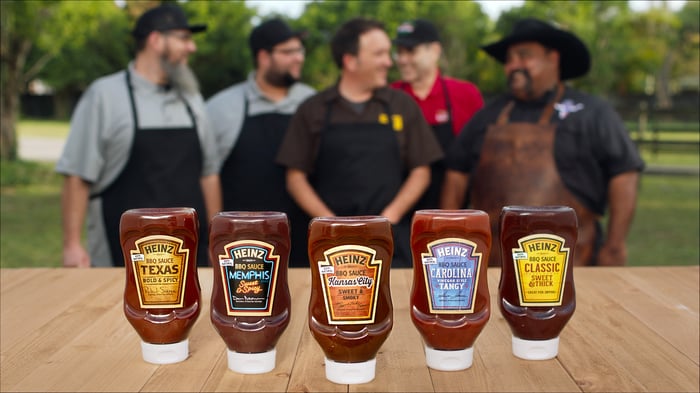 Smoking out leads for car dealerships isn't easy these days, and TrueCar is making things worse by rear-ending operational issues that are making it fall short on the bottom line. TrueCar saw its revenue rise 10% to $91.1 million in its mid-February fourth-quarter report, so it continues to grow faster than the overall market. TrueCar's platform, which empowers tire-kickers by providing transparency and comparable industry pricing, helped deliver enough leads for dealers to move 257,017 vehicles, 7% more than it helped move out of showrooms a year earlier. TrueCar's franchise and independent deals also continue to move higher.

The surprising morsel of data here is that TrueCar was able to grow its business despite a 10% decline in unique visitors to its platform during the quarter.

Things start to turn ugly as we work our way down the income statement, where adjusted profit was cut nearly in half to $0.03 a share. This is the second quarter in a row in which TrueCar's earnings have fallen short of Wall Street expectations.

It's been three years since CEO Chip Perry came over from heading up AutoTrader to replace founding CEO Scott Painter, and reinvented TrueCar's model to make it more amenable to dealers while still giving useful trend data to potential buyers. The stock initially rallied with Perry's arrival, but between the weak traffic trends and cautious guidance for 2019 issued last month, investors have shifted into reverse to back out of their TrueCar positions.

Check out the latest earnings call transcripts for TrueCar, Kraft Heinz, and GameStop.

Kraft Heinz threw the kitchen sink at its investors last month, and it left a mark. The food giant behind dozens of supermarket staples missed its revenue goals; slashed its dividend; took a roughly $15 billion impairment, to write down its Kraft and Oscar Mayer brands; watched margins contract; and hosed down its outlook for fiscal 2019. All these factors sent it reeling.

A wave of analyst downgrades naturally followed. Some Wall Street pros are starting to see signs of opportunity in the depressed shares, but a pair of analysts upgrading the stock from sell to neutral isn't exactly a ringing endorsement. The consumer shift away from processed meats to healthier fare isn't helping Kraft Heinz, either. But the stock has been beaten up enough that some are speculating that the company may go private, or sell some of its assets to get its stock price to move higher again.

The days are numbered for the country's leading stand-alone video game retailer, and investors who were sticking around for a potential sale of the chain bolted after GameStop announced in January that it was abandoning plans to sell itself. Digital delivery has been nibbling away at the need to buy physical game discs and cartridges, and that's also problematic for GameStop's high-margin business in pre-owned sales.

The good news here is that the company's model is still very profitable. Rent is cheap and staffing needs are low at its strip-mall outposts, and GameStop is returning a lot of money to its shareholders. Its yield is beginning this week at a record 13.8%, and GameStop recently earmarked another $300 million for share buybacks. GameStop as a long-term investment is a dicey proposition, but there are near-term opportunities to cash in on the fat dividend if the stock can hold steady.