Funko ( FNKO -1.57% ) stock rose 14.6%% in February, according to data from S&P Global Market Intelligence. The pop culture merchandise company's shares climbed early in the month in conjunction with momentum for the broader market and continued to gain ground following some acquisitions news. 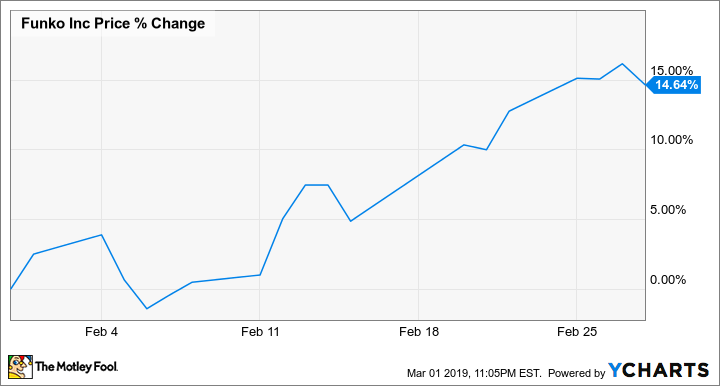 The company reported its fourth-quarter earnings results after market close on Feb. 28, delivering sales and earnings that came in significantly ahead of the market's expectations. While the earnings results weren't a factor in last month's gains, optimism about the results and momentum for the broader market pushed the stock up double digits. 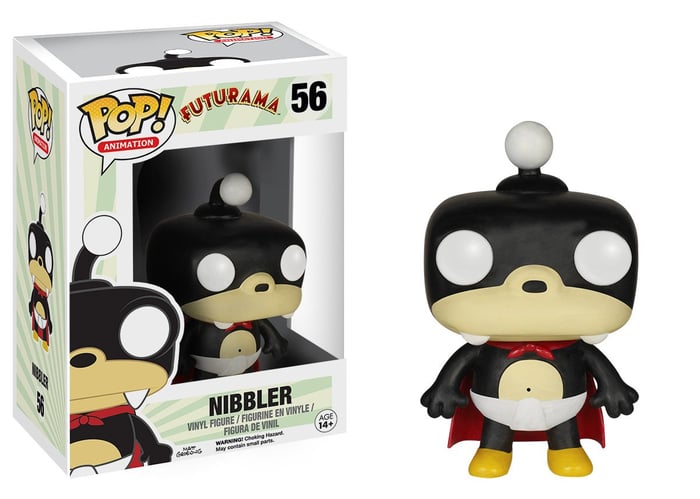 Encouraging data for retail holiday spending and consumer pop culture merchandise in particular may have built excitement about the company's fourth-quarter and full-year earnings reports. News of a new retail location opening in the Hollywood area and the acquisition of board-game studio Forrest-Pruzan Creative may have also contributed to Funko stock's gains last month, though probably not to a dramatic extent.

Funko shares initially rose following the publication of the company's fourth-quarter earnings, but those gains have leveled off and the stock is now roughly flat through March's trading. 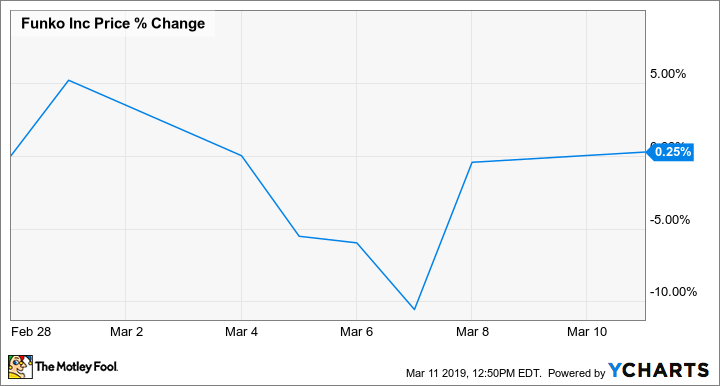 Sales for the fourth quarter climbed 38% year over year to reach $233.2 million, and the company's adjusted net income for the period 127% to reach $12.6 million -- good for adjusted per share earnings of $0.44. Those results came in well ahead of the average analyst's target for earnings of $0.34 per share on sales of $198.2 million.

That's impressive sales growth, and Funko is undeniably hot in the pop culture merchandise space right now, but it may need to build success in other channels to offset the risk that the figurines that are powering its performance wind up being a fad.

To the company's credit, it's not standing still on that front. Funko is looking to use its strong foundation of licensed property to branch out into media and leverage its brand as a platform of sorts. Evidence of this can be seen with the company branching out into television series production and plans to launch a movie around its properties. Think what Warner Bros. did with The Lego Movie -- the appeal being that you can bring a lot of franchises together that might not otherwise interact, like Marvel and DC Comics for example.