Shares of Huya (NYSE:HUYA) stock gained 23.2% in February, according to data from S&P Global Market Intelligence. The video game streaming company continued to recover from the big sell-offs it saw at the end of 2018 as investors become less bearish on China's technology sector. 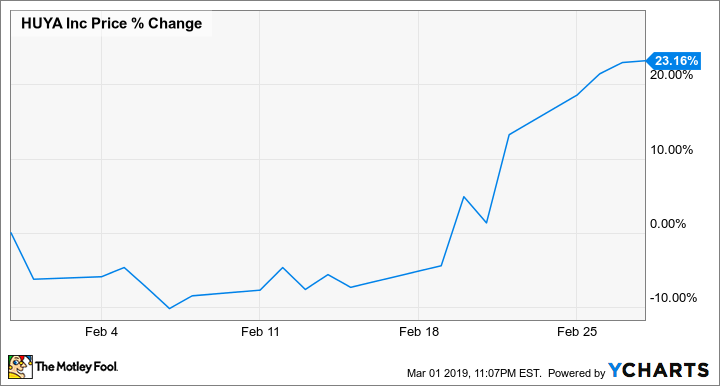 Like most growth-dependent Chinese tech stocks, Huya had a tough run at the end of last year, but it's rebounded early in 2019 as investors have become more optimistic about the sector. The video game streaming company's stock may also have benefited from excitement leading up to its fourth-quarter and full-year earnings release early in March.

Check out the latest earnings call transcript for Huya.

Huya had its initial public offering last May and saw dramatic stock gains shortly after, as investors eyed its rapid sales growth and the promising long-term outlook in China's video game streaming and esports market. The stock climbed above $50 per share before contracting in the latter half of 2018, and it still trades down roughly 50% from that high mark even after big gains this year.

Huya stock started March off climbing by double digits on the heels of the company's fourth-quarter earnings release. However, those gains have since reversed -- and the stock is now down roughly 1% in the month's trading. 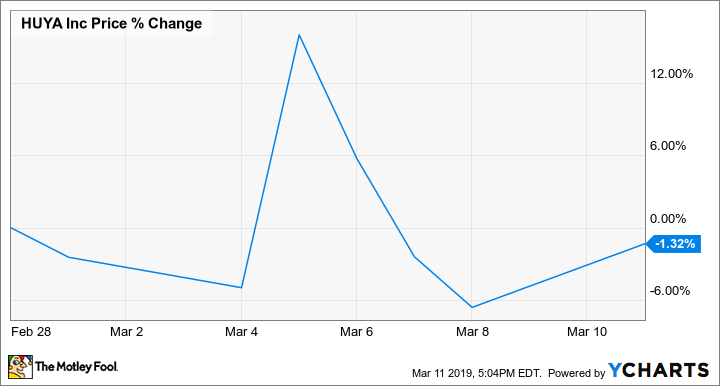 Huya delivered strong quarterly results, but it appears that a pullback for the broader market wiped out the company's post-earnings gains. Sales for the December quarter climbed 103% year over year to reach $218.9 million, average monthly active users climbed 34.5%, and paying users climbed an impressive 73%.

Huya is a high-risk stock, but the company has a strong position in its niche and the potential to benefit from some important trends, and it's worth a look for investors who see appeal in the Chinese streaming market.