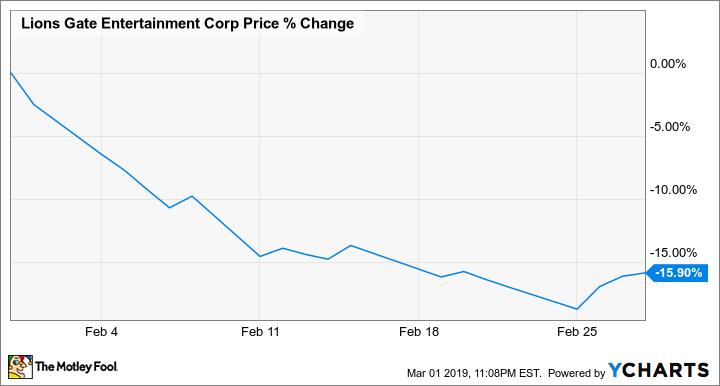 Lions Gate reported its third-quarter results on Feb. 7, delivering top- and bottom-line performance that fell short of the market's expectations. Weak ticket sales for Cold Pursuit, its most important movie release in the month, likely also contributed to the stock's sell-offs. 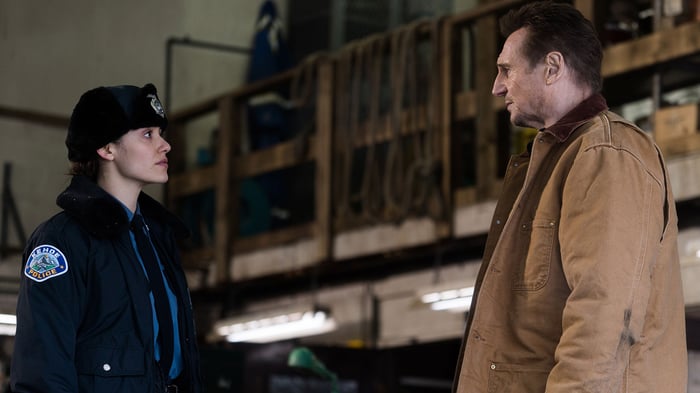 The company's media networks business put up solid results in the third quarter, but sales at its movie segment declined roughly 33% due to the underperformance of key projects and an unfavorable release slate comparison. Revenue for the period fell roughly 19% to land at $933.2 million, falling short of the average analyst sales target by roughly $72 million. Earnings per share of $0.35 also fell short of the analyst target for per-share earnings of $0.37.

Making matters worse, a weak opening for its Feb. 8 release Cold Pursuit further highlighted the recent trend of underperformance at the company's movie wing. As of March 10, Cold Pursuit had grossed roughly $58 million worldwide. The movie had a reported production budget of about $60 million, and once advertising and distribution costs are factored in, it's clear that the movie will not go down as a hit.

Lions Gate's Starz business is doing relatively well and helped propel its media networks segment's sales up roughly 3.8% last quarter and generate the biggest share of profits for the period. However, it looks like getting the stock back on track may hinge on getting better performance from the movie business unless the company scores a string of big hits with its television businesses.