AT&T (T -2.22%) is the country's largest pay-TV provider, but it's also been one of the most susceptible to cord-cutting. The company lost nearly 1 million subscribers in the second half of 2018 after it raised prices on some of its video packages.

Now, it's raising prices again on its low-cost streaming service DIRECTV NOW. Most customers will see prices go up by $10 per month, as AT&T revamps its channel packages, according to a report by Cord Cutters News. AT&T is also reducing the number of channels in its DIRECTV NOW offerings. Management has previously mentioned plans to "thin out" the content on the service, focusing on the channels consumers want most. To that end, it's including HBO in both new bundles and Cinemax in the higher-priced bundle.

The move might make the service more profitable in the short term, but it's sure to send many customers fleeing to competitors. 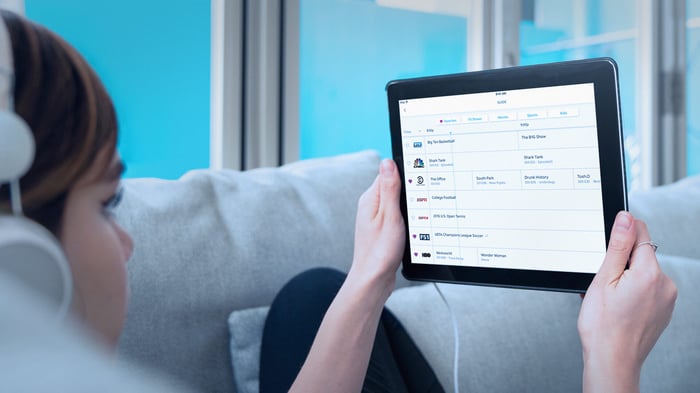 It's no secret that AT&T's pay-TV business is seeing declining profits. Operating income for the entertainment group declined 33% year over year in the fourth quarter when adjusting for historical accounting standards. That wasn't entirely the result of subscriber losses, as operating and EBITDA margins are declining.

The clear culprit is DIRECTV NOW. AT&T doesn't give details on the average revenue per user for the streaming service or its profit margin, but as of last year, it appeared to be losing money. At the same time, it's been the main source of subscriber growth for AT&T.

It seemed that AT&T's plan to make DIRECTV NOW profitable was to offer customers add-on services like cloud DVR or additional streams. The company might also be able to leverage its small digital advertising business to improve ad sales on the streaming platform. But the service may have been stymied by competition from Hulu and Alphabet's (GOOG -3.29%) (GOOGL -2.75%) YouTube, which have eaten into AT&T's market share and both include cloud DVR with their services.

AT&T's new plan is to reduce the number of channels it offers while raising the price in order to pad the gross margin and make room for potential operating profits. It will serve the low end with Watch TV (a skinny bundle of channels with Turner networks at the core) and its forthcoming WarnerMedia three-tiered streaming service.

Ceding to the competition

It's very likely that AT&T's changes to DIRECTV NOW will only fuel a trend that started taking hold last year -- the rise of Hulu's Live TV service and YouTube TV. Hulu Live reportedly surpassed DIRECTV NOW's subscriber count by the end of last year, and it's closing in on 2 million subscribers. Meanwhile, YouTube TV has over 1 million subscribers. Both services start at $40 per month, $10 less than the planned low-price package in DIRECTV NOW.

Focusing on delivering a profitable product now will cost AT&T market share. And while it has plenty of market share to cede, it could build a bigger business by finding ways to improve profitability without charging the customer for it directly.

That could mean building scale and using it to further improve its digital advertising product. That's exactly what Google and Hulu have done. Hulu has over 25 million subscribers. YouTube has billions of people visiting its free service every month, each watching over an hour of video per day on average. That's a lot of eyeballs and a lot of data, both of which are extremely attractive to advertisers.

Scale also helps reduce the cost of delivering the product. With sufficient scale, AT&T could build out its own infrastructure for delivering DIRECTV NOW. YouTube TV is built on Google's technology. Hulu Live TV runs on Disney's (which is a majority owner of Hulu) BAMTech.

AT&T's decision to focus on profits in the short term will ultimately limit its potential in the TV market while giving strength to its biggest competition.