Please ensure Javascript is enabled for purposes of website accessibility
Log In Help Join The Motley Fool
Free Article Join Over 1 Million Premium Members And Get More In-Depth Stock Guidance and Research
By Daniel B. Kline - Updated Apr 12, 2019 at 8:47PM

A new index shows that that speed and effective communication can minimize the damage.

When a company faces a crisis -- maybe it's a restaurant chain where people got food poisoning or perhaps it's a retailer that had its customer database hacked -- how it handles the situation has a strong impact on how the scandal impacts its stock price. To measure that impact, Hot Paper Lantern (HPL), (a marketing, communications, and digital strategy company created the Crisis Response Index (CRI).

HPL analyzed how 45 Fortune 1000 companies communicated during times of crisis. That included analyzing 400,000 media articles and 80,000 social mentions "to assess the speed and effectiveness of each company's crisis response," according to an article by HPL's Jason Baik and Ted Birkhahn which was sent to The Motley Fool.

The research showed that you might imagine the stock of companies undergoing a crisis underperformed the average of their peers. That's understandable but it can be managed, according to Baik and Birkhahn. 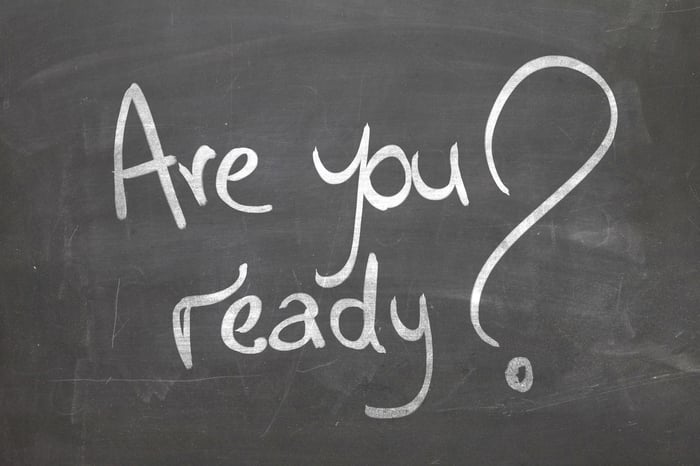 Many companies don't know how their CEO will perform in a crisis. Image source: Getty Images.

"Of the 45 companies within the study, those who were slower and less effective in their crisis response saw a decrease of 7% in the value of their stock price -- on average," the two wrote. "This was within the first three months following the crisis. Alarmingly, those same companies were still down 5% within the first year following a crisis and experienced an average loss of roughly $5B in market capitalization value."

The good news is that there's a significant benefit from responding effectively. In fact, "companies that responded effectively -- as measured through sentiment analysis of media coverage and social media content -- actually saw an increase of 4% in their stock price in the aftermath of the crisis."

Speed matters as well, according to the research. "Companies that responded to a crisis within days saw an average decrease of $2.4 billion market cap value compared to a decrease of only $1.6 billion when they responded within hours," Baik and Birkhahn wrote.

The CRI backs up what the two authors have experienced in their time as public relations/marketing/communications executives. "Companies that communicate swiftly with a high degree of transparency, empathy, and authenticity tend to weather the storm," they wrote.

What should investors look for?

it's hard to see how a company will respond during a crisis until it has one. Former Target CEO Gregg Steinhafel was arguably pushed from his position due to his poor handling of the company's data breach. The same case may be made for why former Chipotle CEO Steve Ells was pushed out of that job (he's now executive chairman of the chain) because of his slow and ineffective response to the company's e. Coli scandal.

Conversely, former Starbucks CEO Howard Schultz and current CEO Kevin Johnson have always tackled each and every crisis head-on. Sometimes that's done by dismissing the controversy (like the various times people have been outraged over its holiday cups) and at others, it taking clear steps -- like closing its stores to conduct racial bias training after a single incident in a Philadelphia store gained national attention.

How can a company know how its leaders will perform under crisis? Baik and Birkhahn believe that there's a clear answer. They believe that public companies should take two steps.

That seems logical as the only way to correct potential problems in a company's response is to know how it will act when it has to. Investors would benefit from knowing that these steps have been taken and that the companies they invest in have learned (and corrected) their weaknesses.