It looks like someone wants to take some car loans off Carvana's hands.

Online car-shopping website Carvana (CVNA -6.89%) had a good day Wednesday, although it might have been an even better day. Early trading saw Carvana stock spike more than 10% higher on a positive mention of the stock by Wolfe Research.

Later in the day, about half these gains evaporated -- but still left Carvana stock up a healthy 5.4% by close of trading. The question is "why?" 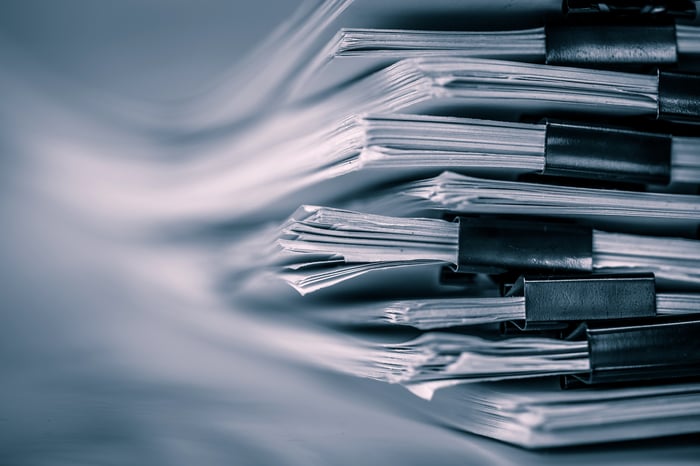 The answer is that Wolfe Research report I just mentioned. StreetInsider.com has the details. As it explains, Wolfe reiterated its outperform rating and $65 price target on Carvana stock, which closed today's trading just a few cents shy of $56 a share.

Wolfe says it's been waiting a while to see a "massive catalyst" to unlock value in Carvana stock -- namely, a "path" to improving profits at the company's auto financing business.

"CVNA is significantly under-earning in its credit business," notes Wolfe, a point that's hard to argue, seeing that Carvana hasn't earned a profit in the last five years. But Carvana has now filed an "ABS-15G" report on a batch of asset-backed securities known as "Carvana Auto Receivables Trust 2019-1" -- a move that seems tied to a due-diligence investigation by someone who wants to buy these loans.

Check out the latest earnings call transcript for Carvana.

Such a sale, argues Wolfe, could lower Carvana's "cost of funds" and improve its "Financing Income." It could even "include some of Carvana's deep subprime loans [and] completely remove a significant overhang on the stock from investor concerns around self-dealing in its credit biz," says the analyst.

Whether any or all of this will be enough to turn Carvana into a profitable company remains to be seen. As for today, though, it's already been enough to give Carvana stock a lift.

Why Carvana Stock Was Skyrocketing Today
413%