On the heels of the announcement by Gap Stores (NYSE:GPS) that it was spinning itself off from its Old Navy brand, the jeans and khakis retailer said it was spending $35 million to buy Janie and Jack, a chain of high-end kids' clothing stores that is a vestige of the bankrupt Gymboree chain.

Although Old Navy has been the growth engine for Gap, generating 47% of annual revenue with its discount shopping experience, the acquisition indicates Gap believes its Athleta chain offers a better high-growth model, meaning it will continue chasing the wallets of upscale millennials.

Yet the athleisure-wear trend that's lifted Athleta may not transfer as easily to kids' clothing, particularly because Gap will still operate its own, more affordable Gap Kids chain, and the two concepts may end up cannibalizing sales from each other.

Check out the latest earnings call transcript for Gap Stores. 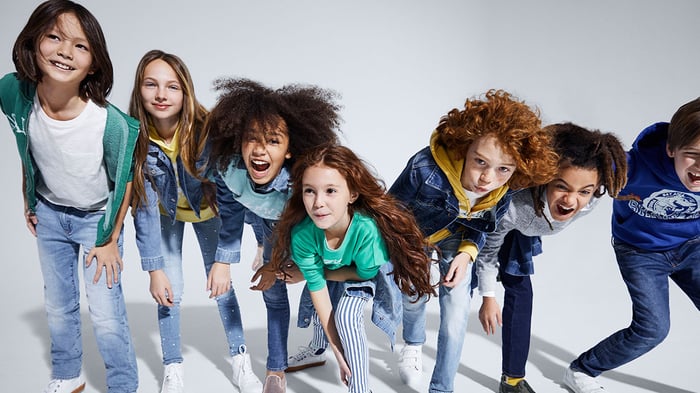 Gap shocked everyone last month by saying it would split in two, with Old Navy remaining the continuing business, and keeping the Old Navy name. The other entity, still unnamed, will own the Gap brands, Athleta, Banana Republic, luxe fashion retailer Intermix, and Hill City, a recently launched Athleta-style premium athleisure chain for men. It's clear the trendy Janie and Jack fits in with this group, but what's not so evident is how the new Gap will make it all work.

Without Old Navy, there will be over 2,000 stores remaining in the spun-off company, more than half of which are Gap-branded. While Gap said it planned to close around 230 of those locations, it will still have over 1,000 stores worldwide, a substantial presence. Janie and Jack has over 100 stores.

Certainly, the new chain could be a complementary addition to the Gap Kids and babyGap chains, but Gap's existing business is in turmoil and it has a lot of plates it is already spinning. Not only does it need to right-size and correct its troubled namesake brand, but it is also undergoing a business split, and now will be bringing a new business into the fold. A distracted management team could be one of its biggest problems.

Gap CEO Art Peck will be moving with the battery of brands to the new company. Although a respected retail leader, he's also been the individual at the helm of Gap as it has spun down. He's thrown a lot of ideas at the problem (like adopting Old Navy's fast-fashion sense) without much success. Banana Republic has similarly been through its ups and downs, but appears to be on a downward swing again.

Peck does have the benefit of now having several growth brands to play with, while Old Navy may be stuck as a moderate grower. But he'll be operating competing children's clothing brands that may not be able to coexist.

Fashion outlets like Coach and Michael Kors, as well as department store chains, have found that having an upscale retail brand and competing discount factory stores did not work out well. The ability to get the same cachet at a lower price drained away sales from the premium outlets, and Gap could face a similar outcome.

There are a lot of moving parts in this story, and none of them make for a very compelling argument to buy Gap stock yet. Perhaps the story will become clearer after the current company is split into two publicly traded entities and management of the new Gap -- whatever it will be called -- shares more information about its plans.