Some major talent is leaving the social networking giant.

In a surprise announcement, Facebook (META 1.06%) CEO Mark Zuckerberg revealed yesterday that the social networking giant was losing two prominent executives: Chief Product Officer Chris Cox and WhatsApp chief Chris Daniels. The news shocked investors, who sent shares down in after-hours trading. With the exception of some high-profile exits of founders of acquired apps in recent years, Facebook's management team has been rather stable. 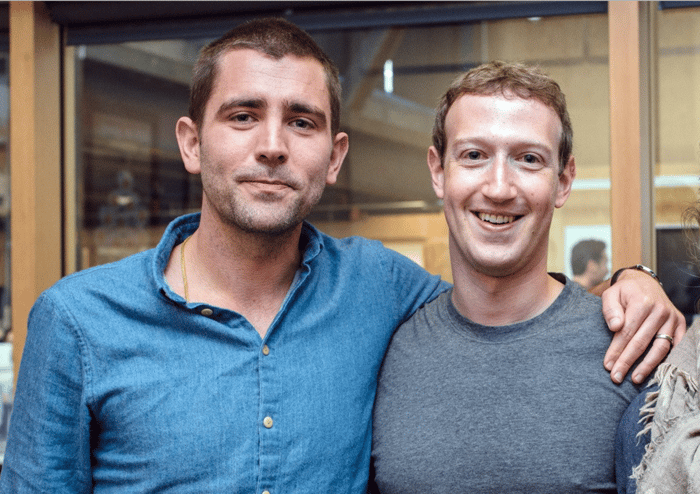 In the note, His Zuckness said that Cox has for a few years expressed "his desire to do something else." Cox has been with the company for nearly 14 years, originally joining in 2005 as a News Feed engineer and working his way up to the highest echelons of the most powerful social networking company on Earth. Few executives at the company are as highly regarded. Cox is also a core part of Facebook's internal culture (he still regularly gives orientations to new hires).

As part of Facebook's major restructuring last year, the company formed a "family of apps" division that included Facebook, WhatsApp, Messenger, and Instagram, with the leaders of all services reporting directly to Cox. Facebook says those core apps now have 2.7 billion monthly active users (MAUs).

It sounds like Facebook's yearslong controversies have weighed on Cox, while the young executive isn't fully onboard with the company's newfound pivot to focus more on privacy. "But after 2016, we both realized we had too much important work to do to improve our products for society, and he stayed to help us work through these issues and help us chart a course for our family of apps going forward," Zuck wrote. In a statement to Bloomberg regarding the shift to privacy, Cox said, "This will be a big project and we will need leaders who are excited to see the new direction through."

Fidji Simo will take over the Facebook app, and Facebook will not replace Cox. Instead, the leaders of all those services will report directly to Zuckerberg.

WhatsApp gets a new chief...again

WhatsApp co-founders Jan Koum and Brian Acton both left between 2017 and 2018, with Acton taking vocal opposition to the company he sold WhatsApp to. He renewed his call for people to delete Facebook just this week at a speaking appearance at Stanford. When Koum announced in May 2018 that he was leaving, Chris Daniels took over Facebook's most expensive acquisition ever. Daniels had previously been in charge of Facebook's Internet.org initiative, which aimed to bring internet connectivity to underserved regions.

That means Daniels is leaving after less than a year as WhatsApp's chief, at a time when the service is still attempting to ramp up monetization while preparing to integrate with Facebook's other messaging services. Daniels "has helped define the business model for our messaging services going forward," according to Zuckerberg. Facebook's privacy-focused messaging strategy is about to pit the company against Apple like never before. Zuck named Will Cathcart the new head of WhatsApp.

These are massive leadership changes at a time of considerable uncertainty for Facebook. No wonder investors are nervous.