These dividend stocks could send you checks for a lifetime.

Dividend stocks are aplenty, but what if you could find some really good ones with the potential to reward you for not just months or years but a lifetime? Companies with sustainable economic moats in industries with strong growth potential and committed to generating value for all stakeholders are usually capable of not only paying regular dividends, but paying them forever, come what may.

Our Motley Fool contributors believe Tootsie Roll (TR 0.66%), Brookfield Renewable Partners (BEP -0.40%), and AstraZeneca (AZN 3.08%) are three such rock-solid dividend stocks that could pay you for the rest of your life. Find out why below.

Rich Duprey (Tootsie Roll): Some dividend stocks are bought for their complementary growth potential, others for their consistency. Tootsie Roll would likely fall into the latter category because it's not going to be a fast grower, but will instead be one that will grow steadily over time and pay a healthy dividend along the way. It is the dividend, in fact, that will interest investors most.

Tootsie Roll is among a rarified group of companies that has not only paid a dividend for decades, but has increased the payout for more than 50 years, making them Dividend Kings. That isn't to say there aren't risks to owning Tootsie Roll. Sales growth is largely flat and consumers have become more health conscious, which could cause them to turn away from candy and sweets. It also has to juggle commodity costs for inputs like cocoa and sugar, which can fluctuate wildly. Rising labor costs may also be an ongoing concern, and the global confectionery market is highly competitive. 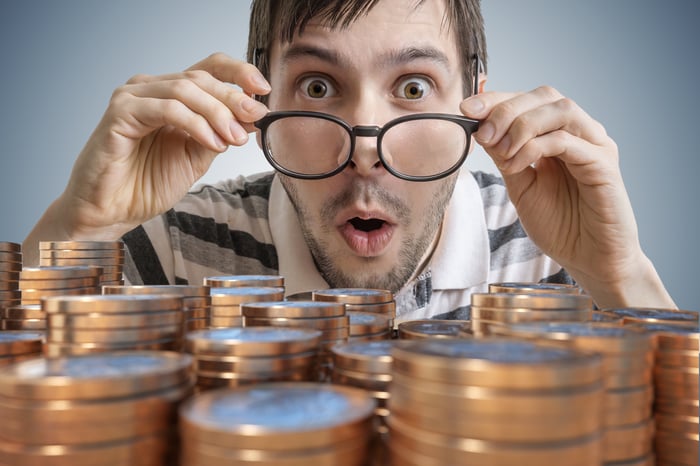 Yet Tootsie Roll has proved to be remarkably adept at controlling its costs and hedging commodities, and it has a big outlet for its candies in Walmart, which accounts for almost one-quarter of its sales, and Dollar Tree, which represents another 12% of the total. That could be a problem, however, if the retailers ever decide to devote less shelf space to Tootsie Roll products.

Tootsie Roll's dividend currently yields 1% annually, and though its stock is up 13% year to date and 32% over the last six months, the candymaker is one you could buy and hold onto for the rest of your life, fairly assured it will continue to offer consistent returns over the years.

A high-yield stock in a high-potential industry

Neha Chamaria (Brookfield Renewable Partners): Past performance doesn't guarantee future returns, but when a company's riding an emerging trend wave in a market with huge growth potential and is already displaying its commitment to shareholders, income investors can remain hopeful of earning rich dividends from it for decades to come. Brookfield Renewable Partners fits the bill.

Brookfield Renewable currently yields a hefty 6.75% in dividends, backed primarily by steadily rising dividends. So the company has raised its dividends every year since inception in 2011, with its latest hike of 5% coming this past February. In the long run, management is confident it can steadily grow funds from operations -- at 8.5% compound annual rate between 2018 and 2022 -- and reward shareholders with 5% to 9% growth in annual dividends.

So how is Brookfield Renewable pulling off such an impressive dividend growth? A couple of factors are at play. First, it's a pure-play renewable energy, primarily hydropower, company with largely contracted revenues, which ensures some stability in its top line. Second, it has maintained manageable levels of debt so far even as management has aggressively pursued growth opportunities through acquisitions to boost cash flows.

With trillions of dollars expected to go into renewable energy globally in the coming years, Brookfield Renewable has tremendous growth opportunities ahead, which should support higher cash flows and dividends. This is one dividend stock you could easily buy and forget.

A long-awaited return to form

George Budwell (AstraZeneca): The last six years haven't been kind to Anglo-Swedish drugmaker AstraZeneca. Starting in 2012, the company saw its annual sales plummet in response to the loss of exclusivity for several top drugs, like the depression medication Seroquel, the breast cancer treatment Arimidex, and, later down the line, its mega-blockbuster heartburn drug Nexium.

So, with AstraZeneca's top line and free cash flows in free fall, most onlookers expected the company to slash -- or outright suspend -- its top-flight dividend. Instead, in 2014, AstraZeneca decided to undergo a dramatic restructuring process to become more cost effective and also to begin a pronounced pivot to oncology as its primary growth driver. 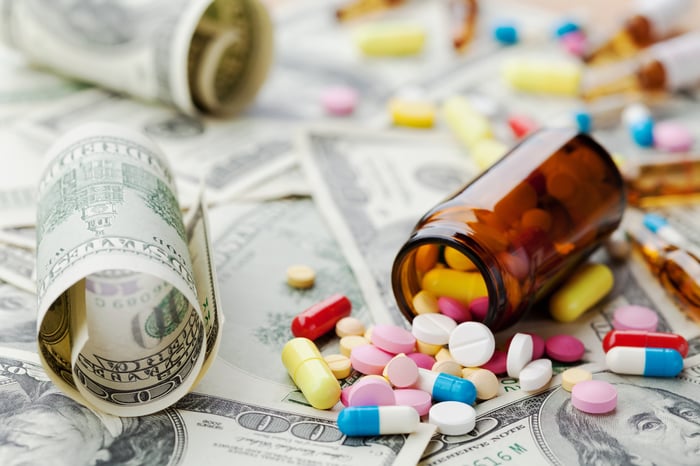 That move turned out to be brilliant from a value creation standpoint. Because Astra decided against suspending its dividend during this challenging period, the drugmaker's shares have now gone on to generate an astounding 160% total return on capital since the start of 2012.

The truly intriguing part of this story, though, is that Astra's best days are clearly ahead of it. The company's top line finally reversed course late last year, thanks largely to a trio of cancer drugs -- Lynparza, Imfinzi, and Tagrisso. And Astra expects its sales to keep churning higher for a prolonged period due to its success in the high-value oncology space, as well as its exceedingly strong diabetes franchise.

What this all means is that Astra should be an extremely safe income play for as long as the company remains an independent entity. The company, after all, stuck by its loyal shareholders even during the worst of times.