Please ensure Javascript is enabled for purposes of website accessibility
Log In Help Join The Motley Fool
Free Article Join Over 1 Million Premium Members And Get More In-Depth Stock Guidance and Research
By Michael Aloi - Updated Apr 14, 2019 at 10:19AM

Looking for opportunity abroad? Here are three foreign funds to get you going.

If you're like most U.S. investors, the bulk of your portfolio is probably in domestic stocks, which can be a good thing as U.S. stocks have outperformed international stocks over the past 10 years. Given foreign stocks' lackluster performance and the looming specter of Brexit, there hasn't been a compelling reason to go abroad with your investing dollars, but that can change.

There have been durations when international stocks beat their U.S. counterparts. Most recently, foreign stocks were the winners from 2003 to 2007. Investing is a global activity, after all. The U.S. stock markets represent just 43% of the world's total stock market capitalization, and there are approximately 25,000 non-U.S. stocks. That's a world of opportunity! If the vastness of possibility is starting to get your Spidey sense tingling, you'll want to know about these three international funds. 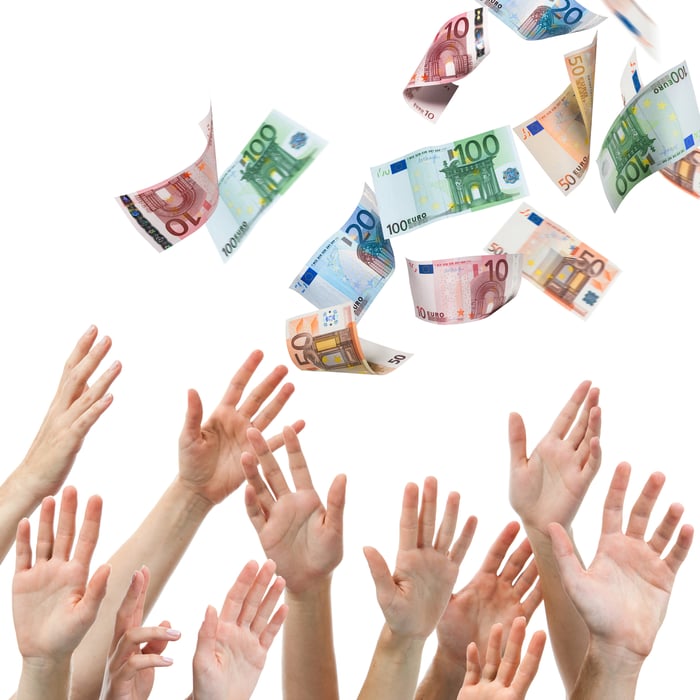 If you're hoping to catch the opportunity in foreign stocks, look no further than these three international funds. Source: Getty Images.

When I hear a name like Tweedy, Browne, I picture dark-mahogany-paneled offices with lots of gray-haired blue bloods managing old money. It sounds like an investment shop that knows a thing or two about stock picking. And that it does. As of the end of last year, the Tweedy Browne Global Value Fund (Tweedy) (TBGVX) has outperformed the MSCI EAFE -- an equity index across 21 developed markets outside the U.S. -- over the past 1-, 3-, 5-, 10-, and 15-year time periods.

True, Tweedy is not a pure-play foreign fund, as it has 10% in U.S. stocks, but that isn't much. Some will argue the fee is high at 1.36%, and there is some truth to that. But sometimes you get what you pay for, and in this case, investors have been rewarded for being in this fund. Staying true to its value roots, the fund used December's sell-off to snatch up deals in a U.K.-based defense contractor and added leading global investment bank Goldman Sachs (GS 1.53%).

It hasn't been easy to be an investor in emerging markets; the category was down 16% last year. Columbia Emerging Markets Fund (EEMAX) struggled last year as well, finishing down 21.5%. Last year might have been an anomaly for this fund, though, since it beat its benchmark and peer group over the 3-, 5-, and 10-year time horizons. The fund is ahead of its benchmark and the category by 2 percentage points at the end of February.

This fund may be more volatile than its benchmark, but that's OK if you have a longer time horizon and it makes up for it on the upside. Columbia's stellar long-term track record proves this management team knows this space well, and for those venturing into emerging markets, this is a fund worth looking at.

No conversation about international funds is complete without mentioning American Funds EuroPacific Growth Fund (AEPGX), commonly known as EuroPac. This is a fund that will keep you in the game, hugging its benchmark closely, with periods of outperformance. It's not a highflier or an incredibly sexy foreign fund; you kind of know what you're going to get.

The fund has outperformed its benchmark over longer time periods such as 5, 10, and 15 years. Year-to-date, its star is shining too, slightly outpacing the category. I also like the low fees: The fund has an expense ratio of .82%, which is low for a foreign fund.

International investing isn't for everyone, as there are added risks such as currency risk and geopolitical risk, but most financial advisors recommend having 10% to 15% of an equity portfolio in international stocks. If you're seeking to boost your international exposure, these three funds are a worth a look. Bon voyage!

Your 2017 Guide to the American Funds Europacific Growth Fund