Although Apple's (NASDAQ:AAPL) iPhone business dropped 15% last quarter, its iPad business grew an impressive 17% year over year, helped along by the timing of the launch of its latest iPad Pro tablets.

In what appears to be a bid to keep its iPad momentum going, Apple announced two new iPads on March 18. The first is a heavily upgraded iPad mini, starting at $399. This represents the first major update to Apple's iPad mini product offering since 2015. The second is a device branded the iPad Air -- a 10.5-inch iPad with many of the company's latest technologies, starting at $499. 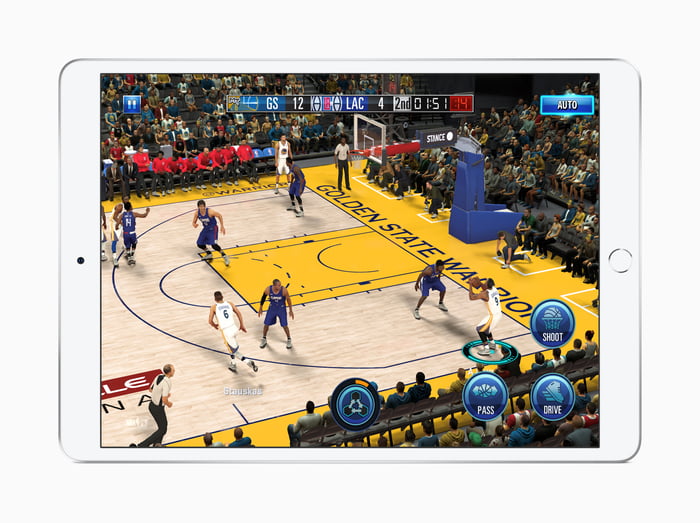 Can these new products help keep Apple's iPad business humming along? The answer looks to be yes. Here's why.

Apple had sold its previous-generation iPad mini 4 for nearly four years -- practically an eternity in the world of computing. Although the iPad mini 4 was fairly modern at the time of its launch, its value proposition eroded dramatically over the years as the hardware inside became outdated while official pricing remained high, at $399 for the Wi-Fi-only model with 128 gigabytes of storage.

But that's not all. The new iPad mini has an upgraded screen with higher brightness, support for wide color, and True Tone display technology (which adapts the color temperature of the screen to that of the ambient lighting in the room). Apple has made the new iPad mini compatible with the first-generation Apple Pencil, too. (The company's second-generation Apple Pencil is only compatible with its latest iPad Pro tablets.) And for good measure, Apple has overhauled the camera subsystems in the latest iPad mini.

The company claims that the iPad mini 4 was simply a poor value in this day and age. But the upgrades that Apple has brought to the table with the new version create a compelling offering that owners of older iPad mini tablets should find to be worthwhile. If demand for a modern iPad mini is there, this latest model stands to do a great job capturing it.

In addition to the new iPad mini, Apple also launched an iPad Air, resurrecting a brand that had previously been reserved for the company's flagship tablets before the iPad Pro branding was introduced. The new iPad Air is, in effect, identical to the new iPad mini but sports a larger 10.5-inch screen with narrower side bezels.

With the launch of this product as well as the latest iPad mini, Apple's iPad segmentation strategy has become clear. At the very high end, the company offers its most technologically sophisticated -- and expensive -- iPad Pro tablets. These come in two screen sizes -- 11 inches and 12.9 inches -- and cater to an audience that's looking for enough screen real estate for productivity applications.

For more mainstream users, Apple is now offering the iPad Air and a smaller variant, the iPad mini. Since these aren't oriented at customers looking for productivity uses, it makes sense to have a smaller 7.9-inch variant in the lineup.

Then, finally, for cost-conscious consumers as well as the education market, the company offers the standard iPad. The regular iPad -- which trails the new iPad mini and iPad Air in terms of hardware specifications -- starts at just $329. There have been rumors that Apple is planning to update this device some time in the first half of 2019 as well.

Apple now has a compelling and properly segmented iPad lineup that stands a good chance of helping the company maintain its recent iPad business momentum.

While many other companies seem to have largely given up on the tablet market (or, at a minimum, are focusing solely on cheap commodity products and not investing in more premium products), Apple seems to have increased its investments in iPad. It's clear that the company's long-term ambitions for the iPad product category are for it to stay relevant and ultimately deliver solid and consistent revenue and profit growth in the coming years.