Apple's iPhone unit shipment woes could cause it to lose clout at a key supplier.

Nearly five years ago, Apple (AAPL 2.81%) launched the iPhone 6 and iPhone 6 Plus smartphones. Over the course of that product cycle, Apple shipped more phones than it ever had before and, in fact, more than it has ever been able to since. Inside those phones was Apple's custom-designed A8 processor -- the company's first chip to be manufactured by Taiwan Semiconductor Manufacturing Company (TSM -1.93%).

Ever since then, Apple and TSMC have had a deep relationship. TSMC was the sole producer of the A8 chip as well as the A10 Fusion, the A11 Bionic, and the current A12 Bionic. It split the A9 orders with rival Samsung. 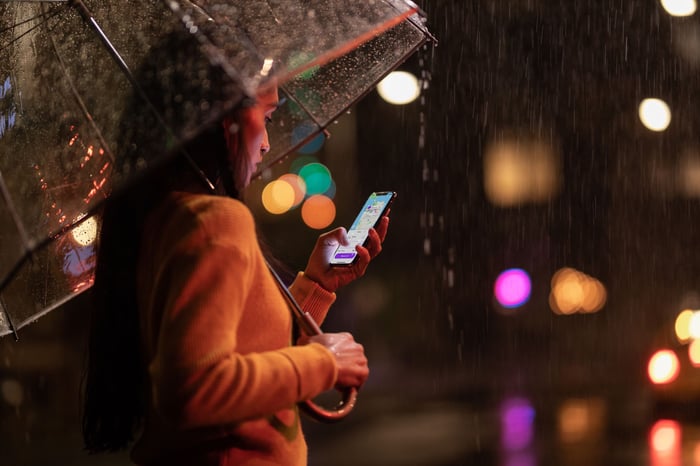 Apple has also been TSMC's largest customer for quite some time, because TSMC has been the sole source for many of Apple's recent chips and Apple's iPhone unit shipments have simply been enormous.

According to a new report from DIGITIMES, however, Huawei's HiSilicon -- which builds many of the chips used in Huawei's own smartphones -- may end up buying more chips from TSMC than Apple will during the first three-quarters of 2019. HiSilicon is also predicted to be the largest buyer of TSMC's most advanced 7-nanometer chip technology.

Here's why this isn't good for Apple.

One of Apple's strengths in supplier negotiations has been the sheer scale that it brings to the table. The ability to buy in massive quantities benefits Apple in terms of price negotiations (more favorable pricing means better product gross margins for Apple) as well as potentially in terms of being able to get unique, customized technology.

According to Daniel Nenni, who runs SemiWiki.com, Apple "gets a custom version of TSMC [manufacturing] processes" and that "TSMC and Apple work closely together on devices, power, performance, and yield."

It's not likely that TSMC would customize its manufacturing processes for just anyone -- it'd do that for customers that make up large portions of its business.

While Apple is still likely to have significant influence on the future of TSMC's manufacturing technologies even if it isn't the top buyer of the latter's most advanced technologies, its influence might lessen over time.

What can Apple do?

Huawei has gained significant chip scale as its smartphone shipments have grown rapidly. The company sells devices that span the entire gamut of price points, from the low end all the way to premium flagship devices.

While it may be tempting to say that this scale isn't necessarily coming at Apple's expense because Apple sells only premium-priced devices, this line of reasoning doesn't hold up. DIGITIMES isn't reporting just that Huawei will simply buy more chips from TSMC than Apple will, but that Huawei will be a larger consumer of TSMC's latest 7-nanometer technology than Apple will be in 2019.

Chips built on TSMC's 7-nanometer technology tend to be destined for more premium smartphones, while cheaper devices will often use chips built on more mature -- and less costly -- technologies. This tells us that Huawei looks poised to sell more devices with its most advanced chips during 2019 than Apple.

This tells us that Apple isn't just losing ground because it isn't participating in lower-end portions of the smartphone market -- Apple is losing ground among more cutting-edge devices, too.

For Apple to regain the top dog spot at TSMC, it needs to not only stop the share loss that it's suffering in its overall iPhone business but reverse it. That's going to be a tough challenge, and only time will tell if the company will ultimately be able to pull it off.