Please ensure Javascript is enabled for purposes of website accessibility
Log In Help Join The Motley Fool
Free Article Join Over 1 Million Premium Members And Get More In-Depth Stock Guidance and Research
By Keith Speights – Updated Apr 14, 2019 at 10:40AM

The analysts are down on Cronos. Should you be, too?

Are you up to the challenge for a marijuana stock trivia quiz? Here are two questions for you:

If you answered Cronos Group (CRON -3.75%) both times, pat yourself on the back. Cronos is indeed the best-performing marijuana stock ever and has outperformed all of its rivals so far this year.

But the old saying that success breeds contempt appears to be at play for Cronos. Several analysts have downgraded the stock. And Cronos Group's share price has been in a holding pattern for several weeks. After its meteoric rise, is Cronos now simply too expensive to buy? 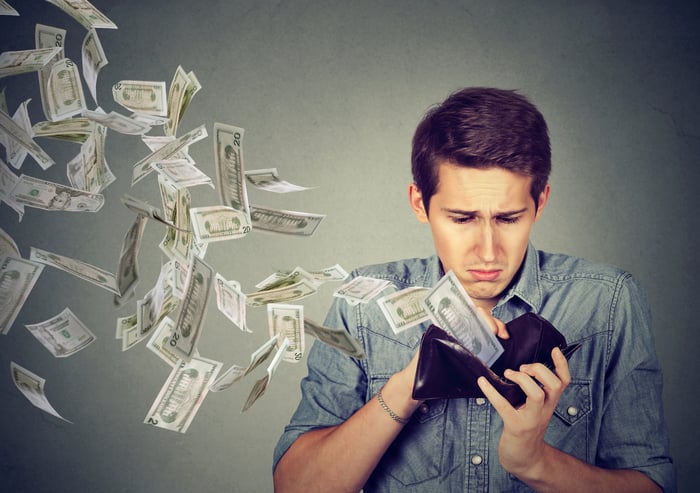 The lowdown on the downgrades and downbeat assessments

Probably the most damning of the analyst downgrades for Cronos Group came from BMO Capital Markets. Last week, BMO analyst Tamy Chen downgraded Cronos from a market-perform rating to an underperform. Her primary concern was valuation. Chen wrote to clients that Cronos traded at 85 times her estimated EBITDA -- well above its peers.

On March 5, Cowen and Company initiated coverage on Cronos with a market-perform rating, reflecting a neutral stance on the stock. Cowen analyst Vivien Azer said that her firm would "look for a more attractive entry point" before considering buying Cronos.

It seems as though nobody likes Cronos Group very much at its current price. But is Cronos Group really all that expensive compared to other marijuana producers?

We can't use earnings multiples for Cronos nor for most other marijuana stocks, because they're not consistently profitable yet. We can, however, compare the price-to-sales (P/S) ratios for the stocks. And Cronos is definitely a lot more expensive, with a P/S ratio of 404 versus multiples of 97, 84, and 214, respectively, for Canopy Growth, Aurora Cannabis, and Tilray.

Note, though, that all of these P/S ratios are based on historical sales. However, with the fast-changing landscape in global marijuana markets, historical sales levels are pretty much meaningless for Cronos and its peers.

We could take the approach that BMO analyst Tamy Chen used and look at current prices versus estimated EBITDA. But that requires a lot of guesswork that may or may not be accurate. And there's still the issue that estimating out only one year wouldn't provide a great picture because marijuana markets are expanding so quickly.

One method that I've used in the past is comparing the stocks of marijuana producers by a ratio of market cap to projected production capacity. Using this measure, Cronos is significantly more expensive than Aurora, but is close to the valuations of Canopy and Tilray.

Even this approach, though, has a drawback since production capacities can quickly change. It's quite likely that's exactly what we'll see with Cronos now that it's flush with cash after the closing of its deal with tobacco giant Altria (MO -1.92%).

Analysts are caught up in a world of quarterly and one-year projections. That's fine for them, but those limitations don't apply to regular investors.

The bottom line is that all of the major Canadian marijuana stocks, including Cronos Group, are expensive right now -- if you look only at the past, present, and near-term future. Altria didn't invest $1.8 billion in Cronos, though, without having a long-term perspective. I think that any investor should have the same kind of outlook.

Altria's investment in Cronos values the stock at around $4 billion -- a little higher than its current market cap. But the tobacco company clearly sees the global cannabis market as a growth opportunity. I have no doubt that the $100 billion-plus company did its homework before buying a major stake in Cronos.

If you think that Cronos Group can realistically grow its sales to $1 billion or more over the next few years, the stock isn't too expensive to buy. And if you don't think that goal is attainable, Cronos isn't a good stock to buy, regardless of what analysts say.

My opinion is that GMP Securities' Martin Landry's take that Cronos shares needed a breather is right. But with the prospects for expansion fueled by Altria's cash, and an expanding market in Canada and across the world, I don't expect that breather to last too long.