The fundamental strategy should stay the same, but the company could be much different.

Broadcom (AVGO 2.20%) is singularly adept at acquiring and integrating businesses in a way that undeniably creates shareholder value. In fact, the company that we know today as Broadcom was actually originally known as Avago before Avago purchased a company called Broadcom. (Management historically distinguished the current Broadcom from the older Broadcom by referring to the latter as "classic Broadcom.")

Broadcom's acquisition plans are so successful because the company doesn't deviate from its core strategy: Buy a company that has best-in-class technology franchises, divest any underperforming assets that came in tow with those best-in-class franchises, and optimize those franchises for maximum business success. 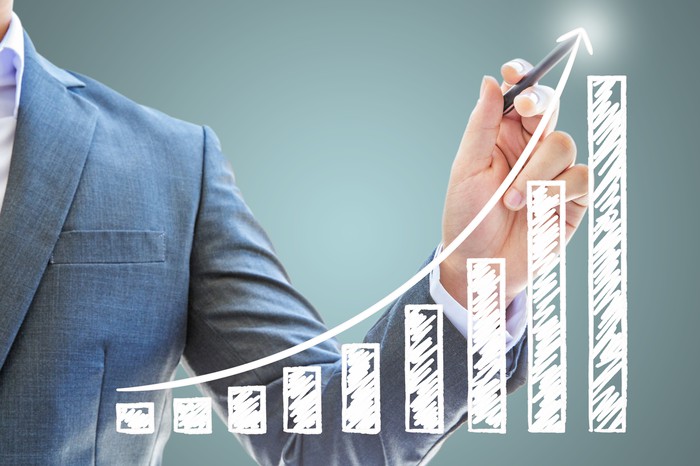 A while back, Broadcom tried to expand its semiconductor business by attempting to buy Qualcomm (QCOM 2.13%), which is the leading maker of smartphone applications processors and cellular modems. Broadcom, in my view, made Qualcomm and its shareholders a generous offer of $82 per share, which it then cut to $79 after Qualcomm announced that it was raising its bid to buy NXP Semiconductors (NXPI 3.40%).

The deal, unfortunately for both Broadcom and Qualcomm (the latter especially, as its stock trades at just over $57 per share), was blocked by President Trump. This deal would have significantly broadened and strengthened Broadcom's wireless business while at the same time led to a nice payday for Qualcomm shareholders.

After Broadcom's bid to buy Qualcomm was blocked, Broadcom turned around and purchased CA Technologies, supercharging its infrastructure software business ambitions.  Broadcom's plan for CA Technologies is quite simple: It's going to dramatically reduce the company's cost structure by focusing simply on renewing (and bolstering) contracts with existing customers rather than investing heavily in trying to acquire new customers.

Ultimately, Broadcom plans to wring out at least $2.5 billion per year in operating profit from CA Technologies -- up substantially from the $1.12 billion that it generated on its own during its fiscal year 2018.

Indeed, within the next five years, I expect Broadcom to make at least one more major software-related acquisition (although, frankly, that seems a bit on the conservative side considering the rapid-fire pace at which Broadcom buys companies.)

From an investment perspective, I think that Broadcom's strategy will lead to a significant increase in the company's gross margin profile (since software inherently carries greater gross margins than hardware) over time. I also expect that the company's acquisition strategy will, over time, yield significant increases in the company's ability to throw off free cash flow, translating into solid stock price appreciation as well as healthy growth in what is already a great and rapidly growing dividend. 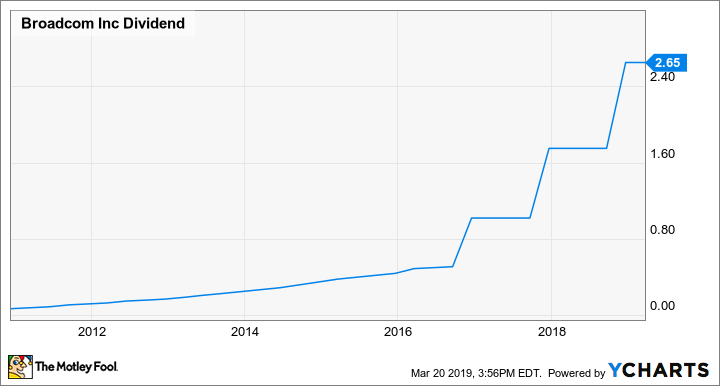 No company is immune to challenges, and no stock's price moves only up and to the right. However, Broadcom's strategy has proved a winning one thus far, and I see no reason that it shouldn't continue to be successful in the years ahead -- at least for as long as current CEO Hock Tan is at the helm of the company.

Tech Is in a Slump, but Broadcom Is Still Growing
397%