Cloud game streaming looks like a solution in search of a problem.

If all you have is a hammer, everything looks like a nail. So goes the proverb, attributed to Abraham Maslow, that explains why every major tech company seems to want to stream video games over the internet.

If all you have are massive data centers, everything looks like it should be streamed from those data centers.

Stadia, a new video game streaming platform from Alphabet's (GOOG 2.96%)(GOOGL 2.84%) Google, is pitched as a way to bring high-quality games to a broader audience by lowering the cost of entry. Instead of requiring consumers to buy hardware like game consoles or high-end PC components, Stadia will run games in Google's data centers and stream each frame to any device running the company's Chrome web browser.

This isn't the first game streaming service. The two most notable cracks at running games in the cloud are Sony's PlayStation Now and NVIDIA's GeForce Now. Stadia, and whatever Microsoft, Amazon, and perhaps Apple eventually launch, will join those services as companies race to build the "Netflix for games."

I don't doubt that the video game industry is heading toward a subscription model. But I do doubt that streaming games from the cloud will be a significant part of that future. 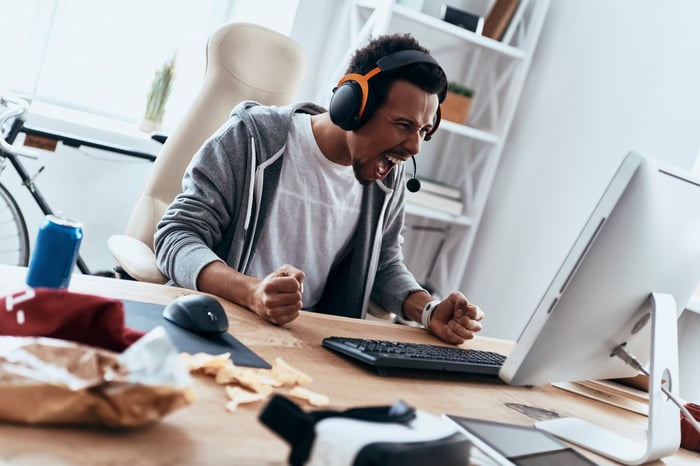 A solution looking for a problem

If you want to play a AAA video game, you need some hardware. Your choice today are game consoles or a PC with a graphics card. Those can cost a lot of money, and you then need to buy the game itself.

Gaming PCs aren't cheap, especially if you opt for high-end parts. NVIDIA's high-end RTX 2080 graphics card has an MSRP of $699, and that's not even the most expensive option. Mid-range graphics cards can be had for around $200, but you still need other components like a CPU and memory. Even a budget gaming PC will cost at least $500.

Given the cost of entry for PC gaming, a cloud-based game streaming service would seem to make sense. But game consoles already offer a more budget-friendly option. The base versions of the PlayStation 4 and Xbox One, now in the back half of their life cycles, currently go for $300. Microsoft even offers a subscription service, Xbox Game Pass, which offers downloadable games for $9.99 per month.

Google hasn't announced pricing for Stadia, but I doubt it will be all that inexpensive. The hardware to run games in the cloud probably isn't cheap, and game publishers need to be compensated. PlayStation Now is $20 per month, but that service is powered by the guts of game consoles stuffed into data centers. It also offers downloadable games, since streaming only works well on strong internet connections.

The big question: Will Stadia end up costing less than the total cost of ownership of a game console?

Another big question: How well will Stadia even work? Streaming video over the internet is much simpler than streaming games. Video can be loaded ahead of time, ensuring smooth playback even on an unstable internet connection. But for game streaming, each frame needs to be transmitted to the player in real time. Trying to use Stadia will likely be an exercise in frustration on weaker internet connections.

Google has no doubt put a lot of time and effort into reducing latency and ensuring that Stadia works well enough for as many people as possible. But do people who don't want to spend a few hundred dollars on a game console even want to play these games? And will they be willing to pay what will probably be a fairly steep subscription fee in order to do so? And do those people have rock-solid internet connections?

Hardware plus a game subscription service like Xbox Game Pass seems more likely to be the future of gaming than cloud streaming services. And for more casual gamers, mobile devices are plenty powerful enough to play popular games like Fortnite. That's not to say that streaming doesn't have a place, but it's hard to see services like Stadia upending the gaming industry.