Streaming has a major new entry in the video game platform battle for players' time and dollars.

Alphabet's (GOOG 7.27%) (GOOGL 7.28%) Google division took the wraps off its streaming video game service at its Game Developers Conference presentation on Tuesday, and the unveiling signals some big shifts for the industry.

Google's Stadia is the the first major new offering in streaming gaming service, an emerging area that could send waves through the gaming industry and affect legacy platform holders, including Sony (SONY 4.75%), Microsoft (MSFT 4.69%), and Nintendo (NTDOY -0.28%).

From the early days of Atari through more modern platforms including dedicated gaming PCs and console systems like Microsoft's Xbox One, Sony's PlayStation 4, and the Nintendo Switch, the hobby has required a hardware platform in order to play the high-tech games of the day. That won't be the case for much longer, as streaming distribution looks poised to make high-end gaming available on nearly every device under the sun. 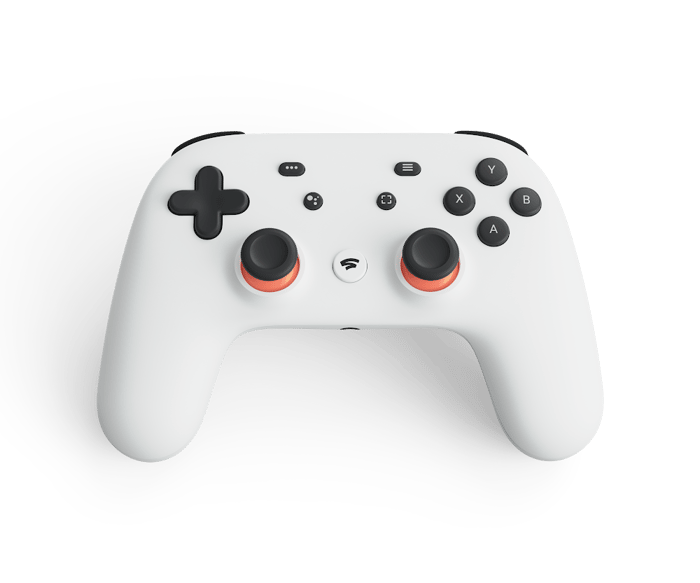 Google's Stadia is a streaming service that aims to make high-end video games playable without powerful hardware. Users won't need to download software files, let alone own game discs. Think of Stadia as a Netflix-type service for video games. It's expected to go live later this year in North America and Europe, and will likely be rolled out on a wider scale later on.

The service will run on Google Cloud and be accessible through the Chrome browser, Chromecast devices, and Pixel phones. The company says that it will be able to deliver responsive gaming experiences streamed at 60 frames per second at 4K resolution -- a performance profile that should be more than satisfactory for most users.

The ability to play through a browser means the service will be accessible on a wide array of devices including laptops, PCs, televisions, tablets, and phones. Stadia will even allow players to seamlessly transition their gameplay sessions from one platform to another -- so a user could start playing on a PC and then transfer their game to a mobile device with ease.

While Google won't be launching a console, it is launching at least one piece of gaming hardware -- a Stadia video game controller. Having an official controller should help tie the platform together, give developers a standard input mechanism to work around, and allow for more precise controls than can typically be achieved with mobile touchscreens. The company has yet to announce pricing for the controller and Stadia service.

Streaming means that the processing needed to run games is taken care of on Google's side, allowing for the calculations to be carried out by powerful computers and cloud data systems instead of on more technologically limited consumer devices. Even a relatively weak mobile device should be capable of receiving streams through a platform like Stadia and playing some of the most high-end, graphically impressive games on the market.

Stadia was shown off with a demo session of Ubisoft's game Assassin's Creed Odyssey, a title that was released at the end of 2018 and features high-end visuals that can be a challenge to run at maximum settings, even for powerful gaming PCs. The push into this new kind of distribution has the potential to significantly expand the reach of interactive entertainment because it removes hardware requirements as a barrier for developers and customers. 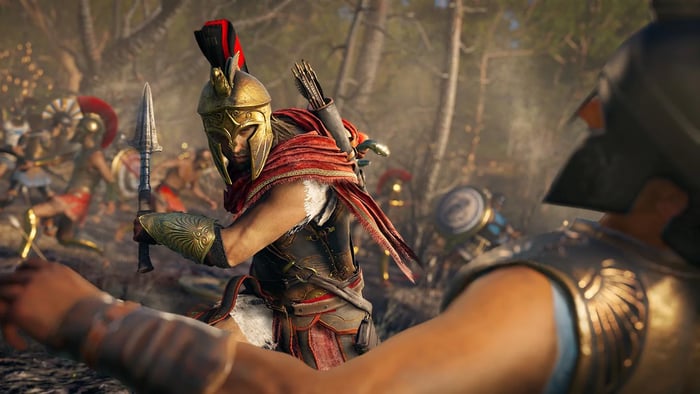 Google is aiming for a simplified, click-to-play experience, and its game platform will also have seamless integration with YouTube. Project head Phil Harrison has said that users should be able to transition from watching a video of a game on YouTube to actually playing that game within the span of five seconds, so it appears that the company has some neat features in the works that will tie its streaming platforms together.

What are the implications

Google's push into gaming is part of a broader cloud computing strategy. Microsoft and Tencent have similar plans for making video game services a component of their respective cloud businesses. Gaming's rush to the data center could wind up creating significant tailwinds for graphics chip companies.

AMD (NASDAQ: AMD) stock is surging following the Stadia announcement because Google's platform uses the graphics company's processors to create the visuals that are streamed to users. AMD and NVIDIA could benefit from additional deals stemming in the game-streaming space, and the development of new streaming services and growth for related categories, such as augmented reality and virtual reality, could be a meaningful catalyst for each company's data center business.

The rise of cloud-streaming services would also give game companies including Ubisoft, Activision Blizzard, and Electronic Arts new platforms to release their titles on. Not every publisher will choose to feature its games on Stadia, but Google has sent development kits to over 100 studios, and it looks like the company is gearing up to establish a long-term position in the space. Game-streaming platforms could need exclusive content to stand out, and the company is making the jump into original interactive content production with its first major internal game development studio.

Streaming gaming is an area that lots of big companies are eyeing as an opportunity. Major tech players including Amazon.com and Apple have homed in on gaming and media content as a hook that can bring users in and keep them engaged in a broader ecosystem of products. It's reasonable to expect that other big tech companies will also debut game-streaming platforms.

The entry of new competitors could present significant challenges for traditional platform holders, but the industry's legacy players still have a leg up when it comes to development resources and franchise assets. Sony and Nintendo are renowned for their first-party development studios and game franchises, and Microsoft also has some strong studios and has been on an acquisitions push to bolster its position in the gaming space. Streaming has the potential to accelerate the gaming industry's transition to a service-based model, and companies that have had success with the hardware business may have to look to other areas of their gaming businesses to drive success in the years to come.

The revolution won't be instantaneous, but it could be fast

Google Stadia and other streaming gaming platforms have big potential, but there could still be some roadblocks to adoption. Early demos suggest there are still some input lag and performance issues to iron out, and there could be hurdles beyond the platform itself that need to be addressed.

Stadia is expected to use 20 gigabytes of data per hour of use, and for a substantial portion of the market, that simply won't be feasible due to data caps or other restrictions. However, as internet network technology continues to evolve and high-speed coverage becomes more widely available in the United States and around the globe, this could become less of a problem.

There's a very good chance that streaming distribution will reshape the gaming industry over the next decade. And if it's not Google making waves with game streaming, other players will almost certainly step in to fill that role.