The Chinese streaming company is showing that it's serious about gaming.

Online video platform iQiyi (IQ -2.50%) recently announced that it's closed a deal worth up to $300 million to acquire game developer Chengdu Skymoons. The move looks to be a significant step toward the company's goals of building China's leading multimedia ecosystem and expanding its gaming operations.

Establishing a stronger position in video games could be essential for iQiyi's long-term success because its chief rival, Tencent Holdings (TCEHY 0.40%), has a clear advantage in the space, and there's a high likelihood that film, television, and game streaming platforms will converge over the next decade. Read on for a deeper look at iQiyi's latest acquisition and what it might mean for the company. 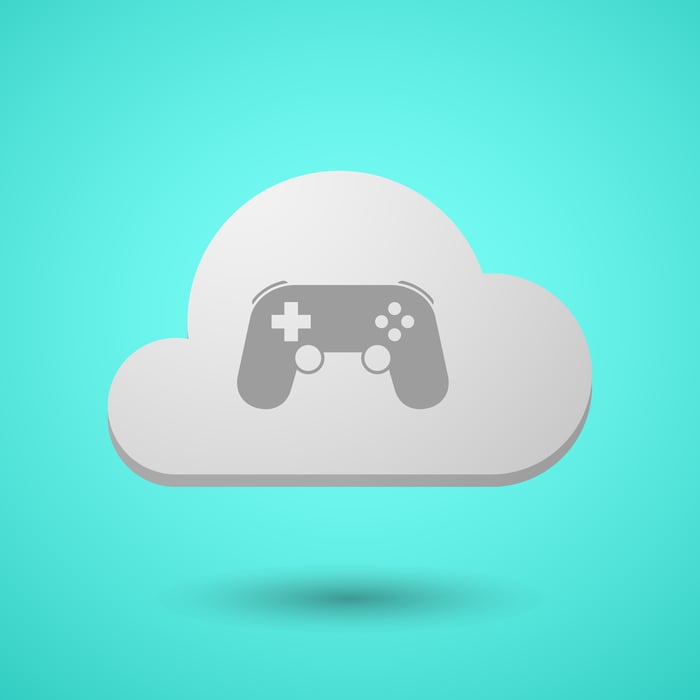 Details of the Skymoons acquisition

iQiyi published a press release on July 17 announcing that it had completed its acquisition of Chengdu Skymoons at an up-front cash price of roughly $190 million. The Skymoons team will receive an additional $110 million in bonus payments over the next two years, provided that the unit hits certain performance milestones.

iQiyi's core audience consists of people under the age of 30 -- a demographic segment that loves video games. Adding gaming content and building upon the related intellectual properties (IPs) could be a necessary move to keep up with audience tastes in a competitive industry climate. Here's iQiyi CEO Yu Gong commenting on the deal:

We are pleased to welcome Skymoons into the iQiyi family as we further broaden our comprehensive offering of entertainment content across multiple formats. iQiyi has always been pursuing a diversified monetization model that fully leverages the IP value in our content. We believe Skymoons is a natural extension to our business and will strengthen iQiyi's media platform and our overall ecosystem.

The value that high-quality gaming content can bring to iQiyi is obvious. Whether Skymoons is the right addition at the right price is less clear. Skymoons was only founded in 2014 and was privately held before the acquisition, so overall sales and earnings performance since then (along with other potentially revealing metrics) aren't easy to come by.

The unit has had some previous success with iQiyi, however. Skymoons developed a mobile game around iQiyi's show The Journey of Flower. The game came out in 2015 and saw very strong performance on China's mobile app charts. The Journey of Flower presented users with content that was synchronized with the progression of the show's story line -- a hook that iQiyi reproduce with games based on other big dramas.

Skymoons also scored a hit with Fighting Mushrooms in 2016, but other than the recent acquisition, there hasn't been much news from the company over the last couple of years. The press release announcing the acquisition suggests that the developer has entered into deals with leading entertainment companies to produce games based on television, film, and other media IPs, so there are presumably some notable, unannounced games in development.

iQiyi already has a gaming division that's found some success -- even if the unit is far behind what Tencent has built. iQiyi scored a hit last year with its Genghis Khan Mobile -- an online multiplayer game that made it into the top-10-grossing-games charts on Apple's iOS platform, which is usually a good benchmark for performance across the mobile-game space. However, most of the games published by iQiyi and featured on its platform are developed by third parties, so the move to acquire Skymoons appears to mark a significant push to bolster iQiyi's internal production capabilities.

That's not to downplay the value of partnerships for the company. Last year, iQiyi and NVIDIA teamed with Nintendo (NTDOY 0.18%) to start bringing some of the famous Japanese video game company's titles to China. Nintendo management has since stated that the company is devoting more resources to expanding its presence in the country -- and playing a continued role in that initiative could be a substantial boon for iQiyi. It's worth noting that Nintendo also partnered with Tencent to bring the latter company's hugely popular Honor of Kings to the Switch console in markets outside of China, where the platform has yet to be released.

It's not clear which company or companies Nintendo will choose to partner with for future Chinese releases, but iQiyi has already had some success here and has an opportunity to play a similar role for other non-domestic partners. 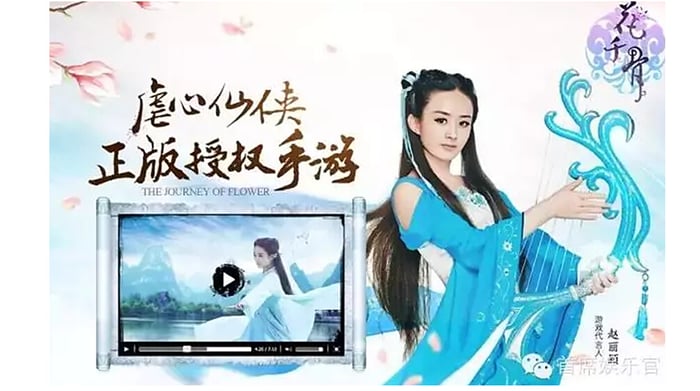 iQiyi's 2015 team-up with Skymoons for a game based on the streaming company's series The Journey of Flower shows the value of cross-medium tie-ins. Image source: Skymoons.

Streaming is the next big thing for video games

Right now, the biggest evolution on the horizon for the gaming industry appears to be the rollout of mass-market, streaming-based game platforms. Microsoft's next console will reportedly have a heavy streaming focus, Alphabet is said to be working on its own platform that could debut soon, and Electronic Arts is currently demoing a streaming-based Netflix-like platform for games and has indicated that the service could be ready go to market in the not-too-distant future. Netflix is also rumored to be entering the gaming space -- though the company has downplayed these reports.

Streaming gaming platforms have already been tried, but until recently, technological limitations impacted the quality of experience and put a damper on adoption. If you've ever had a video stream freeze up or pause for buffering, imagine the extra complexities involved with interactive content that requires substantial data uploading, as well as downloading, to put the challenges into perspective.

However, thanks to new approaches to sending packets of data more efficiently, responsiveness is being dramatically improved, and barriers to adoption are being eroded. With that in mind, it seems likely that one of the next big steps for the streaming media ecosystem will be to bundle video, gaming, and other forms of multimedia content into an all-encompassing package. That's a trajectory that's likely to benefit Tencent -- as the company has one of the strongest gaming outfits in the world.

Still, Tencent's position in gaming shouldn't mean that iQiyi gets frozen out. As with the current console and PC gaming market, it's likely that third-party publishers will want their games on as many platforms as possible. There will probably be the occasional deal for exclusive or timed-exclusive content, but game makers will generally seek the largest possible audiences, and that will mean offering their titles across platforms. That in turn means that platform holders will need to find ways to differentiate their offerings, and just as with film and television, internally developed or otherwise exclusive content will be one of the best ways to do that.

iQiyi isn't going to be able to match Tencent in the gaming space any time soon -- if ever. Tencent is the world's largest gaming publisher by revenue and owns blockbuster franchises like League of Legends and Honor of Kings. The company also has a roughly 40% stake in Epic Games (the company responsible for Fortnite) and publishes the mobile versions of PlayerUnknown's Battlegrounds -- so it has claim to some of the most popular games in the world right now.

However, iQiyi is capable of beating (or at least strongly competing with) Tencent when it comes to original film and television content. Moreover, creating the right video game tie-ins to capitalize on its other media content has the potential to be hugely lucrative. The marriage of long-running television shows and evolving, story-driven game worlds, which was a big hit with Journey of Flower, can be employed to even greater effect in the future. That model is also a perfect fit for the current direction of the gaming industry, where sustaining user engagement and driving in-game purchases is the path to big profits. So, while there's no way of telling if the Skymoons acquisition will ultimately be a success, there's a lot to like about the thinking behind the purchase.