Wednesday gave stock investors a roller-coaster ride, as market benchmarks made wild moves both before and after the Federal Reserve announced that it would keep interest rates unchanged. Investors were prepared for a less aggressive stance from the central bank on monetary policy, but the news from the Fed was even more accommodative than many had expected. That prompted a brief rally from early losses, but by the end of the day, most major indexes had returned to negative territory. Some stocks saw more substantial declines, and Tencent Music Entertainment (TME -5.29%), Steelcase (SCS -0.13%) and Phunware (PHUN -3.60%) were among the worst performers. Here's why they did so poorly.

Tencent goes out of tune

Shares of Tencent Music Entertainment dropped 10% after the Chinese music platform provider reported its fourth-quarter financial results. Some of the company's metrics were quite strong, including a 51% jump in revenue and an adjusted earnings boost of 37% compared to year-ago levels. Yet monthly active mobile users were down from where they were three months ago, and although slightly more users were willing to pay for premium subscriptions for online music, Tencent's costs accelerated at a faster rate than its revenue growth. Tencent still has a stranglehold on the streaming market for music in China, but investors will have to get used to seeing how the newly public company operates in the months to come. 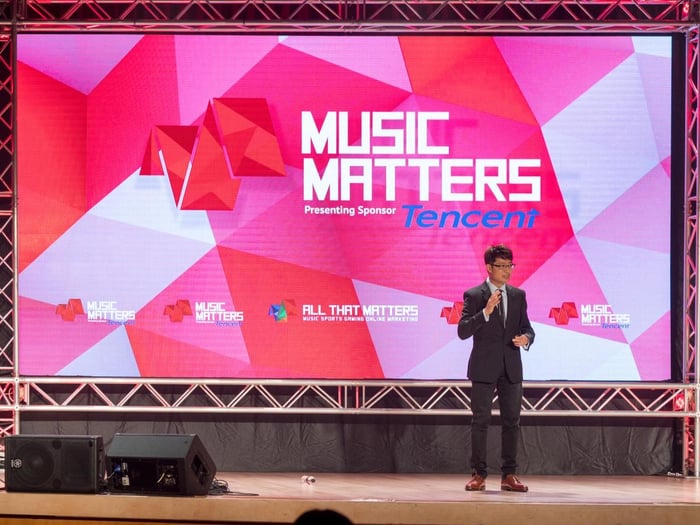 Office furniture specialist Steelcase saw its stock sink almost 14% following the release of its fourth-quarter report. Investors were generally pleased with Steelcase's performance, which included solid gains in both revenue and profit for the quarter and for the full year. The company reported that list price adjustments helped bolster its results, and efforts to boost organic business resulted in gains in both order counts and dollar sales. Yet Steelcase warned that results for the coming fiscal year could be less exciting, offering guidance for organic revenue growth of just 2% to 6% and earnings of $1.20 to $1.35 per share. Those figures were weaker than most had hoped, and they signal overall worries about the sustainability of the economic expansion into 2019 and beyond.

Check out the latest earnings call transcripts for Steelcase and other companies we cover.

Phunware has no fun

Finally, shares of Phunware fell more than 30%. The enterprise cloud platform provider reported 16% sales growth and narrowed losses in its full-year 2018 results compared to its 2017 performance, with Phunware seeing considerably lower expenses for sales and marketing, research and development, and regular overhead. Yet CEO Alan Knitowski pointed to "tumultuous demands in the market" in its process of completing a merger that brought Phunware onto the Nasdaq Stock Market. Growth rates were also relatively slow compared to some other peers in the industry, and after having gotten burned in February by the potential for significant dilution, shareholders will want to see whether the cloud specialist can get back in the groove to generate extraordinary results in the future.