The new game-streaming platform could change the industry as we know it.

It's official: Alphabet's (GOOG 1.56%) (GOOGL 1.61%) Google is not building a new video game console. But rest assured, the internet titan has even bigger plans for the future of gaming.

On Tuesday, Google formally unveiled Stadia, a platform capable of streaming games in 4K at 60 frames per second on any TV with Chromecast, PCs with the Chrome browser, and Google Pixel devices. Most importantly, you won't need a dedicated game console or expensive gaming PC to use it. Thanks to Google's arguably unrivaled global data center network, users will be able to access their games on nearly any screen from almost anywhere in the world.

Google VP Phil Harrison insists the company wants "to be completely screen agnostic," adding, "We don't want players to be spending hundreds of dollars, sometimes thousands of dollars, to create a gaming rig in their home."

Still, while Google notes third-party controllers will be compatible, Stadia will come with its own dedicated controller that connects directly to Google's data centers through WiFi to maximize performance. 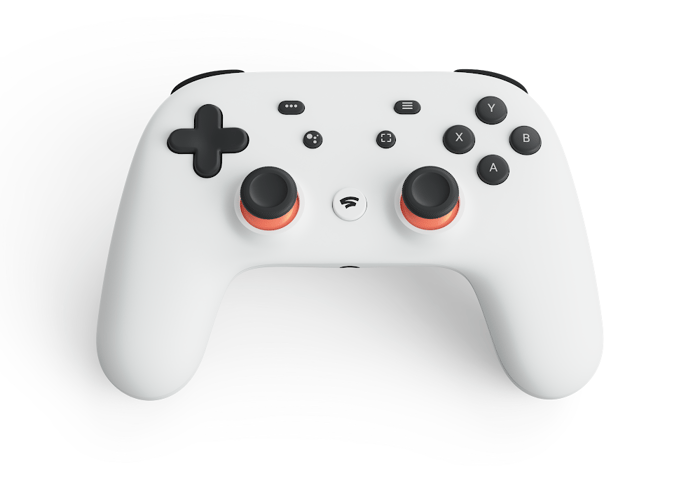 The Stadia controller will also sport a microphone, Google Assistant button, and buttons for instant capture, saving, and sharing of gameplay. The latter, however, is where things really start to get interesting.

With Stadia, Google aims to bring these hundreds of millions of observers even closer to the action by effectively merging the worlds of game viewing and game playing. For example, players will be able to pinpoint favorite moments in their games, share them online, and give any viewer the option of starting their own game at the exact moment of those pins to see how they might fare in the same situation. Content creators will also be able to invite their audience to join them in games.

"Bridging these two worlds together is not just the future of multiplayer," Harrison mused, "it's the future of entertainment broadcasting."

That's not to say Google is the first to introduce such a service. NVIDIA (NVDA 7.20%) launched its own subscription cloud gaming service GeForce NOW for $7.99 per month in late 2015. But that service has failed to gain traction, largely because it requires users to own one of NVIDIA's SHIELD TV streaming media players, which start at around $179. NVIDIA doesn't break out specific unit sales figures for SHIELD TV, but we can be fairly positive that number would be dwarfed by those who use either Google's popular $35 Chromecast devices or its free Chrome internet browser.

In any case, Google didn't unveil specific pricing or timing for Stadia. But it did promise Stadia will launch "later this year" in the U.S., Canada, U.K., and most of Europe. When that happens, if Google can leverage the network effect created by the billions of people who already use its products daily, I'll be stunned if it doesn't positively disrupt the gaming industry as we know it.