Apple Inc. (AAPL 0.66%) is at the forefront of researching how wearable electronic devices may improve healthcare. With the help of Stanford Medicine, it launched a first-in-kind study two years ago to find out if Apple Watches can identify a life-threatening irregular heartbeat called atrial fibrillation (AFib). Recently released results from the trial, which enrolled 419,297 Apple Watch owners, suggest wearables could help change how we diagnose disease.

To participate in Apple and Stanford's study, patients couldn't be diagnosed with AFib already or be taking anticoagulants, which can be used to treat heart disease patients. There weren't any freebies, so participants also had to own an Apple Watch and an iPhone. 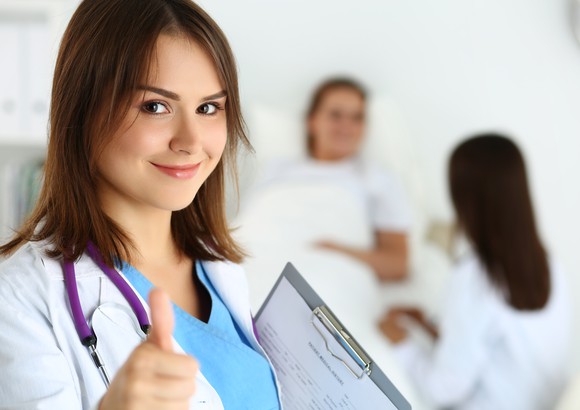 To monitor patients, a software algorithm interpreted data provided by sensors in the Apple Watch that took regular, point-in-time readings of the bloodstream's movement and velocity. If an irregular heartbeat was recorded in five of six repeat readings within 48 hours, then Apple Watch alerted the wearer to contact doctors for a telehealth visit.

If warranted, doctors would then prescribe an ePatch, a wearable electrocardiogram made by BioTelemetry Inc. (BEAT) for seven days to confirm the abnormal heartbeat.

What were the results

There was concern when the study was announced that it could result in too many false positives. Fortunately, that didn't happen. The algorithm identified irregularities in slightly more than 3% of over-65-year-old patients and only 0.16% of people under age 40. Overall, 2,161 patients were notified of an abnormal reading, or 0.52% of total participants in the study.

Ultimately, 658 people wore BioTelemetry's ePatch and AFib was confirmed in 34% of the 450 patients who returned their ePatch for analysis.

In fact, Johnson & Johnson (JNJ -0.46%) is launching a new AFib study with Apple that will enroll 180,000 people over age 65. The study will pair J&J's heart health app with Apple's electrocardiogram app to see if the combination results in an earlier diagnosis of AFib that could reduce stroke. If successful, the study could be a win for everyone. Patients could achieve better outcomes, healthcare systems could see a drop in costs from treating fewer stroke patients, J&J could identify new patients for its heart treatments, and Apple Watch could go from a nice-to-have to a must-have consumer electronics device.