In January, I said Amazon's (NASDAQ:AMZN) plan to compete directly against MongoDB (NASDAQ:MDB) didn't worry me. The original MongoDB database has too many advantages, I argued at the time. A blowout earnings report appears to have proved me right.

Quarterly revenue soared 71% and the customer base grew 130%, to 13,400. Of these, just 4% contribute $100,000 or more of annual recurring revenue. Notably, MongoDB's November 2018 acquisition of lightweight cloud-database provider mLab added some 4,200 customers to the roster. That makes sense as mLab served the very customers that MongoDB CEO Dev Ittycheria has said gravitate to the cloud-based Atlas version of its database, which now accounts for 32% of revenue. Amazon's competing DocumentDB is wading into a tidal wave of momentum. 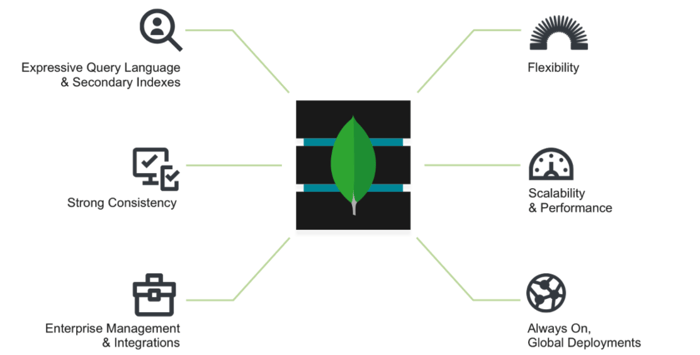 Yet it's also not that simple. I had it wrong when I said Amazon was effectively cloning MongoDB with DocumentDB. Instead, the e-tailer has assembled developers to write an entirely new code base underneath the familiar MongoDB interface to give customers what could be a faster and more hardened NoSQL experience in AWS than what MongoDB offers with Atlas. Or at least that's what we're being led to believe.

While it's important to remember that Amazon is making a ground-up competitor to effectively every database -- but especially MongoDB -- outsized growth for Atlas is a wonderful indicator of continued outperformance. At the very least, it shows a willingness on behalf of developers and larger customers to trust Mongo in not just AWS but also Microsoft's Azure and Alphabet's Google Cloud. DocumentDB is likely to be confined to AWS.

Does that mean it's time to buy MongoDB shares? There's definitely room to grow. Estimates for the total annual spend on NoSQL databases was $3.5 billion as far back as 2013; newer estimates put the market at $4.2 billion by 2020. MongoDB's $267 in fiscal 2019 revenue is a fraction of the market no matter which way you slice it.

For now, all signs point to MongoDB capturing a much greater share in the years to come. It'll continue to be that way until Atlas growth slows materially as alternatives such as DocumentDB accelerate. That could still happen, but I'm just not convinced it will. Too many developers like what they're getting from the original.