Shares of biotech heavyweight Biogen (BIIB -0.42%) are in a tailspin this morning after the company and its partner Eisai (ESALF 2.56%) reported that they would discontinue two late-stage trials for Alzheimer's disease drug candidate aducanumab.

Biogen and Eisai noted in the press release that their decision is based on the recommendation of an independent data-monitoring committee following a futility analysis. The committee reportedly found that aducanumab was "unlikely to meet the primary endpoints" in either study. Biogen's shares are down by a little over 27% as of 9:53 a.m. EDT in the wake of this major clinical failure. 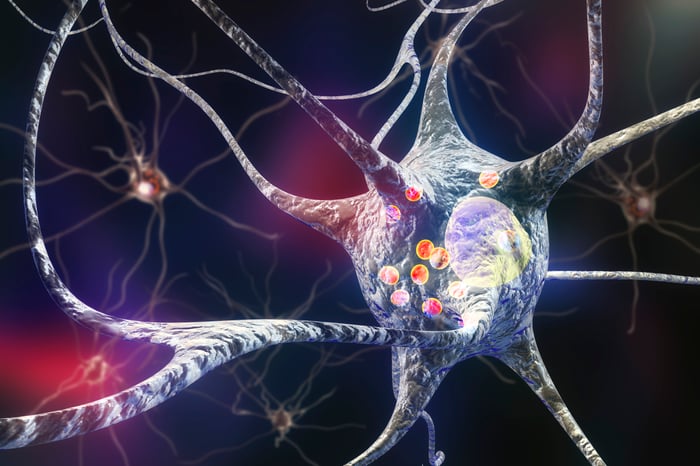 Biogen is in a bit of a pickle following this clinical setback. The biotech's core multiple sclerosis franchise is in decline, and its top growth driver -- Spinraza -- could face some stiff competition from a rival gene therapy soon.

Unfortunately, the company put far too much faith in this extremely risky clinical asset, leaving it wholly unprepared to adequately deal with these various headwinds. The consequence is that Biogen will probably have to scramble to find a fresh source of growth through either a licensing deal or an acquisition -- and soon.

Is Biogen's dramatic sell-off warranted? The answer is undoubtedly yes. Alzheimer's disease drug candidates have failed 99% of the time over the last 15 years, and there wasn't much reason to believe that aducanumab was going to be any different in this regard. Aducanumab, after all, belongs to a class of drugs that have shown -- quite literally -- zero efficacy in Alzheimer's across numerous pivotal trials.

Having said that, Biogen now has no choice but to search for an alternative path forward -- and that means the company should be beating the bushes today in search of a new growth product. If Biogen can find the right acquisition target, the narrative surrounding this struggling biotech could change for the better in the blink of an eye. Stay tuned.