Which telecom is the best pick for your dividend portfolio?

Yield-hungry investors often look to telecom stocks for dividends and relative safety. Telecom companies are typically one of only two or three choices in any given geography, and often function as oligopolies -- industries that have consolidated to just a few players, which allows each player to keep prices high enough to ensure profitability and stability of services.

However, telecoms also come with risks. Oligopolies can draw the ire of regulators if officials think companies aren't spending enough to boost broadband access, for instance. In addition, building a large telecom network is very capital-intensive, and many operators have used lots of debt to do just that.

Verizon (VZ -0.77%) and CenturyLink (LUMN -6.24%), two top telecom stocks, have been moving in opposite directions lately, and have vastly different risk-reward profiles. Which is the better pick for your portfolio? 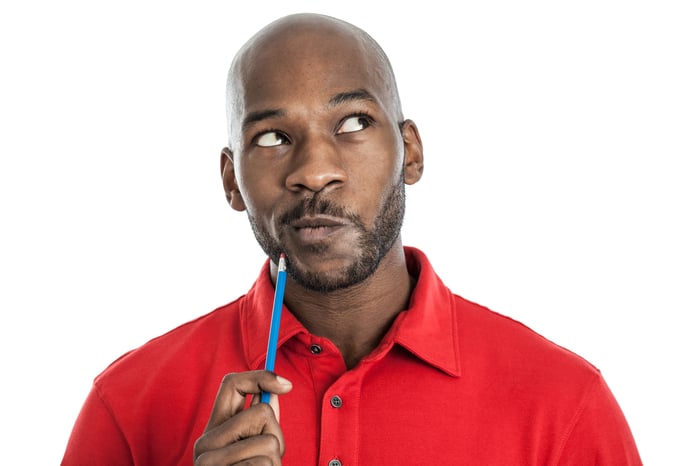 What Verizon and CenturyLink do

While both CenturyLink and Verizon are telecoms, their business mixes differ.

Verizon is the largest U.S. wireless communications operator. Its best-in-class wireless infrastructure is its main profit center -- in fact, its wireless operations earned more than the entire company last year. That's because the company's Fios wireline operations actually had a small operating loss in 2018, and the company's Verizon Media arm (formerly known as Oath), took a $4.6 billion writedown in late 2018 amid disappointing performance.

Under new CEO Hans Vestberg, the company appears to be refocusing away from ancillary businesses such as media, and back to its best-in-class wireless network. In 2019, the company is embarking on a large cost-cutting effort while also investing in 5G connectivity. Verizon has reaped some benefits of this focus, as it now rents out its network to both Comcast and Charter Communications, each of which began offering wireless service last year.

CenturyLink doesn't have a wireless business, but is one of the largest wireline telecoms in the world. The acquisition of Level 3 Communications last year gave CenturyLink massive scale, with 450,000 miles of fiber-optic cable across the U.S. and internationally. CenturyLink is also now majority-focused on enterprise customers, with about 75% of revenue coming from businesses, and the remaining 25% from consumer and regulatory services. By contrast, Verizon is more consumer-focused.

Check out the latest earnings call transcripts for Verizon and CenturyLink.

Most telecom investors are in these stocks for their dividends. By that measure, CenturyLink's 8.27% dividend yield trounces Verizon's 4.13% yield.

What's even more interesting is that CenturyLink recently cut its dividend by over 50%, as management decided it would be better to pay down debt and invest in its network, rather than deliver such a high payout (which had recently been over 15%). While the cut sent CenturyLink's stock down, its dividend is now covered four times over by last year's adjusted free cash flow.

In contrast, Verizon's $9.77 billion in 2018 dividends was not even covered twice over by last year's free cash flow of $17.7 billion.

While CenturyLink's dividend might appear safer at first glance, there's definitely more to the story. In particular, the wireless business appears much healthier than the wireline business, both for Verizon and CenturyLink. But since CenturyLink's entire business is wireline, its revenue is declining, while Verizon's is growing, despite a challenged wireline unit:

As you can see above, CenturyLink's wireline business is actually outperforming Verizon's, but Verizon's huge wireless segment gives it a much better overall growth profile.

CenturyLink's high debt load is part of the reason it decided to cut its dividend. The company hopes to lower that ratio to between 2.75 and 3.25 times EBITDA over three years. Still, Verizon has done a good job of lowering its debt -- this year's 2.3 leverage ratio was an improvement over last year's 2.6.

For the healthier and less-risky business, you'll have to pay up, however. Verizon sports much higher P/E ratio and EV-to-EBITDA ratios, making CenturyLink the cheaper stock: 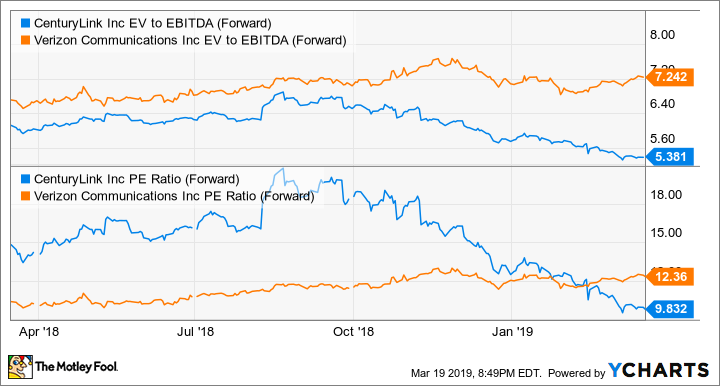 At 2-2, each stock has its merits. For those looking for safety and stability, Verizon is the clear pick. However, if CenturyLink CEO Jeff Storey can stabilize a challenged wireline business and return it to growth, CenturyLink's upside is much bigger -- but the stock is the riskier play.