The world's gargantuan oil and gas companies are often referred to as supermajors. Investors can likely name a few of the half dozen or so businesses sporting the official label, such as Royal Dutch Shell and BP (NYSE:BP), which have generally performed well in recent years. All but ExxonMobil (NYSE:XOM) have delivered a total return (stock performance plus dividends) that at least matches that of the S&P 500 in the last three years.

Then again, sticking to the "official" list of supermajors -- comprising Western companies -- would have missed the best performance of all. Brazil's Petrobras (NYSE:PBR) has delivered a 227% total return in that span and has climbed back over a $100 billion market cap for the first time since 2014.

While Wall Street has rewarded the business for swift progress on its turnaround plan that focuses on cleaning up the balance sheet and boosting operations, Petrobras still boasts a net debt level that's a whopping 60% higher than its closest supermajor peer. Can long-term investors overlook that risk? 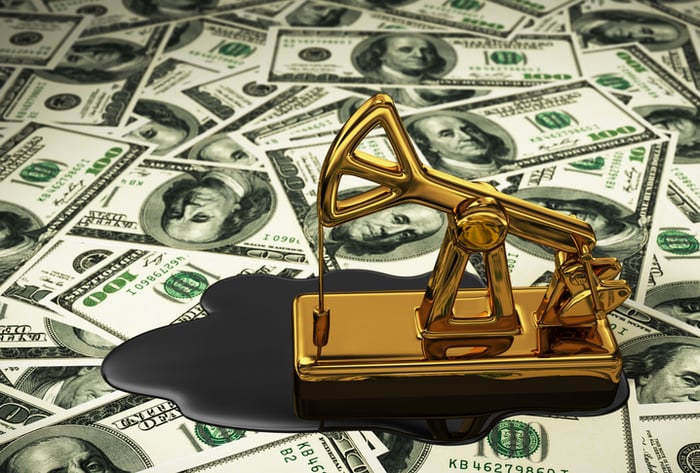 A promising future, but what about the debt?

Petrobras appears to have put the now-infamous Brazilian political bribery scandal, called Operation Car Wash, behind it. The money laundering scheme plunged the business into chaos in late 2014 as investors worried about the potential for excessive fines and the actual writedown of billions of dollars in overvalued assets. The uncertainty was exacerbated the company's habit of binging on debt, partially stemming from its economic duty as a government-owned business, which forced it to rely on inefficient labor, goods, and services from local sources.

The last few years haven't been easy, but Petrobras is on a much better trajectory today. It has overhauled its board with independent directors, agreed to pay a nearly $3 billion settlement, and embarked on an ambitious plan to deleverage its balance sheet. The strategy has seen the business divest tens of billions of dollars in noncore assets and agree to partnerships with multinationals worth over $21 billion.

After hustling for years, Petrobras has reduced its net debt balance from a record $106 billion at the end of 2014 to an eight-year low of $69 billion at the end of 2018. While that's a significant reduction, the Brazilian supermajor easily paces its global peers (as discussed below). Nonetheless, Wall Street seems willing to overlook that fact as long as the business continues setting record levels of free cash flow, which has improved each year since 2013 (thanks in large part to asset sales). 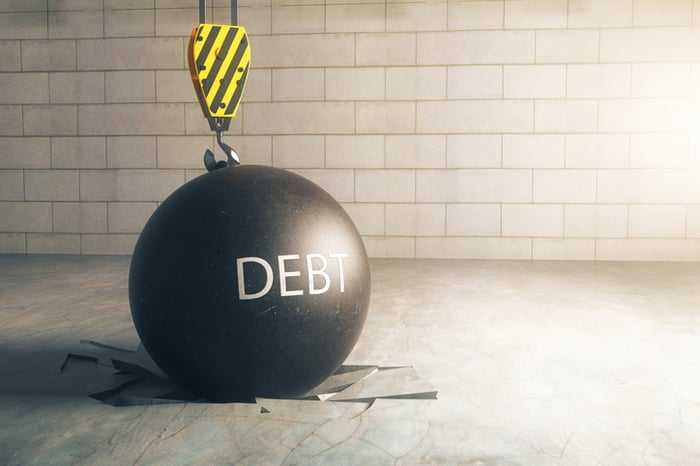 Operations are poised to continue improving thanks to increasing output from its coveted offshore acreage known as the pre-salt formation. The pre-salt formations off the coast of Brazil are estimated to boast the third-lowest break-even costs in the world after the average OPEC producer and top-tier American shale production, respectively. That's helped Petrobras to sell off multibillion-dollar equity stakes in its pre-salt fields to ExxonMobil, BP, and CNPC, to name a few. The strategy monetizes exploration, de-risks development, and keeps operating expenses in check.

Petrobras grew pre-salt production volume to 1.75 million barrels of oil equivalent per day (boe/d) in 2018, marking a 9% increase year over year. That swamps the output of just 0.6 boe/d from 2014, which shows the youth and growth potential of Brazil's offshore resources. There's also potential for the company to leverage its experience in the formation as a selling point to court partners especially as it continues to reduce drilling time and costs for each new well created. 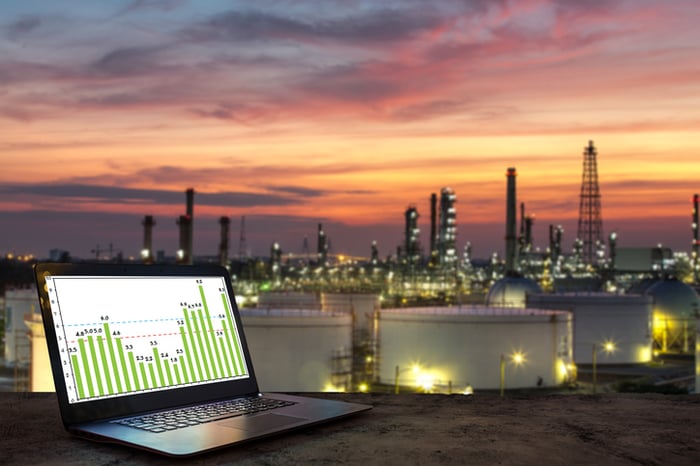 Brazil's pre-salt formation could be the ticket to a brighter future for Petrobras and its shareholders, but "brighter" might be relative. It's going to take years for the business to reduce net debt levels in line with where peers are today. And doing so will require management to divert substantial cash flow to debt and interest payments that might otherwise be returned to shareholders through a dividend. Brazil's crown jewel is the only supermajor that doesn't sport a market-beating dividend yield -- and it's not even close.

It's also worth pointing out that each supermajor has an ambitious growth strategy of its own, which will create a moving target for Petrobras as it plays catch-up. After finally putting the Gulf of Mexico oil spill behind it, BP plans to expand once again in the region while making growth investments in Turkey and West Africa. ExxonMobil is poised to dominate America's Permian Basin for years to come -- and that's just one of several major projects receiving capital. The pre-salt formation could lead to growth for Petrobras, but it could also prove limiting in the long run compared to the global portfolios of peers.

Here's how Petrobras stacks up against the traditional supermajors.

As the table above suggests, there are more intriguing investments among the world's supermajors than the one calling Brazil home.

This oil stock may have maxed out its gains for now

While it's possible that the pre-salt formation could help Petrobras reach sustainably profitable operations over time, the business has a long way to go before reaching the financial flexibility of its peers. The Brazilian energy giant still boasts an unhealthy level of debt, likely won't be able to pay a significant dividend for the foreseeable future, and may be forced to divert most of its excess cash flow (driven in large part by asset divestments) to debt repayments. Can the business really earn a market cap much higher than its current $108 billion figure in the near future? Perhaps, but the numbers aren't in its favor. Investors would be better off looking elsewhere for energy exposure.