Strong results and a solid forecast eased investor fears about the company's ability to operate in a difficult retail environment.

Shares of Hibbett Sports (HIBB 3.73%) jumped more than 25% on Friday morning, after the sporting goods retailer reported quarterly results that were significantly above expectations and provided an optimistic outlook for fiscal 2020.

On Thursday night, Hibbett reported fiscal fourth-quarter earnings of $0.57 per share on revenue of $306 million, easily topping consensus estimates of $0.39 per share in earnings on sales of $282.85 million. The company said that same-store sales were up 3.8% for the quarter. 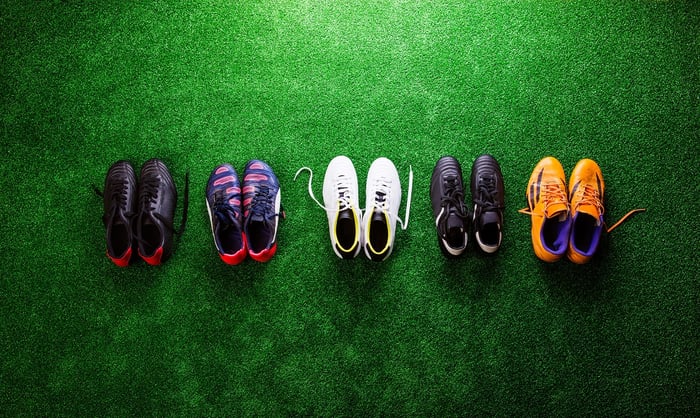 The company also said it expects to see fiscal 2020 adjusted earnings of $1.80 to $2 per share, ahead of initial analyst estimates for about $1.75 per share in earnings, on flat comparable-store sales.

Hibbett also announced a CEO transition plan. Jeff Rosenthal, who has been with the company for 21 years and has been chief executive for the last 9, plans to step down as CEO but remain a director. He will stay on as CEO until his successor is named.

Check out the latest earnings call transcript for Hibbett Sports.

Hibbett's having success in a difficult retail environment, but the company said it is taking steps to improve the productivity of its store base and building out its e-commerce strategy. CEO Jeff Rosenthal, in a statement, said Hibbett plans to close about 95 of its more than 1,000 retail locations in fiscal 2020, while opening 10 to 15 new stores, "as we continue to evolve the business and adapt to changing shopping patterns."

Hibbett has been a volatile stock, with the shares down more than 20% over the last year heading into this earnings report on investor concerns the company would be unable to generate consistent earnings. Friday's trading suggests that the latest report went a long way toward easing those concerns.

Why Hibbett Sports Jumped 22.2% in January