Poor prospects and a big disappointment hit these stocks.

Friday was a tough day on Wall Street, with the Dow Jones Industrial Average posting its biggest loss since December. The sell-off began when market participants saw negative news coming out of Europe that suggested that a global economic downturn could be worse than anticipated, and ongoing uncertainties affecting the U.S. also weighed on sentiment. Adding to the dour mood were some poor earnings reports from key companies, and some stocks saw even steeper losses than what the overall market suffered. Zuora (ZUO 7.32%), Greenbrier Companies (GBX 2.71%), and Lexicon Pharmaceuticals (LXRX 2.01%) were among the worst performers. Here's why they did so poorly.

Check out the latest earnings call transcripts for Greenbrier Companies, Lexicon Pharmaceuticals, and other companies we cover.

Shares of Zuora dropped 14% after the cloud-based subscription management platform provider reported its fourth-quarter financial results. Zuora saw solid growth during the quarter, with subscription revenue climbing 35% year over year and an equally impressive rise in the number of major customers in the company's client base. However, investors weren't pleased with Zuora's forecasts for the current quarter, which included slightly slower sales growth than most had anticipated. In the long run, what'll matter more is for Zuora to continue building its customer counts and keep loyal clients using the service, but investors don't seem to be that patient in the wake of today's news. 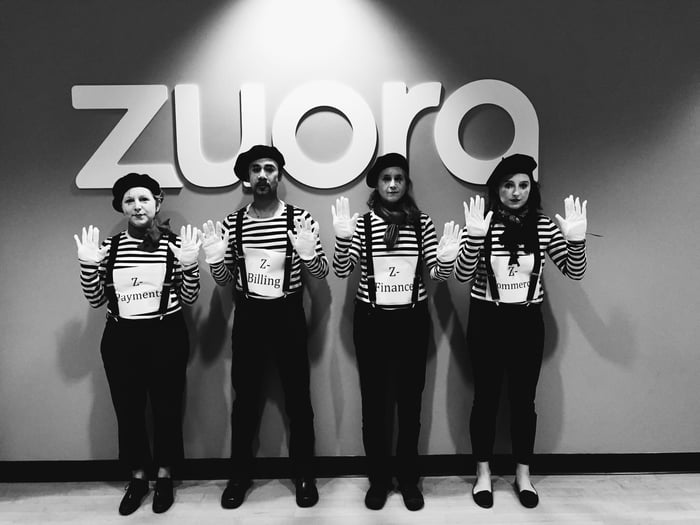 Greenbrier runs off the rails

Greenbrier had its stock price get derailed, falling nearly 10% following the rail car manufacturer's release of preliminary results for the fiscal second quarter. The company said that it had received orders for 3,800 new rail cars during the quarter, with a total value of almost $450 million, and that brought total backlog to around 26,000 rail cars worth $2.7 billion. However, earnings guidance of $0.07 to $0.09 per share for the quarter was disappointing, and CEO William Furman blamed the situation on higher labor costs, poor weather, and execution issues. Greenbrier hopes that it can get itself back on track soon, but shareholders aren't happy to see the stock hit its lowest levels since 2016.

Lexicon deals with a setback

Finally, shares of Lexicon Pharmaceuticals plunged 22%. The pharmaceutical company announced that the U.S. Food and Drug Administration had chosen not to approve a drug developed by Lexicon and partner Sanofi to treat type 1 diabetes. The news didn't come as a total shock, given that an FDA advisory committee had failed to offer majority support for the drug earlier in the approval process. Nevertheless, concerns about safety remain problematic, and although Lexicon and Sanofi will work with the FDA to come up with a future strategy, the potential loss of what many had seen as a blockbuster treatment has big ramifications for Lexicon's prospects.