Investor interest in penny stocks is understandable. The prospect of getting a slice of a tiny company before it becomes a household name could be a life-changing event akin to winning the lottery. Nevertheless, just like there's a slim chance of winning the lottery, picking a winning penny stock with huge long-term upside is just as improbable.

That doesn't mean winning big in the stock market isn't a possibility. There are plenty of stocks with lots of potential, without the unnecessary risk. Three that you should consider are salesforce.com (NYSE:CRM), Lexicon Pharmaceuticals (NASDAQ:LXRX), and NIO (NYSE:NIO).

Nicholas Rossolillo (salesforce.com): Many penny stocks get overhyped by their shareholders and business management teams alike. In contrast, the co-CEO and founder of enterprise software company Salesforce, Marc Benioff, falls into the enthusiastic-and-excitable camp -- but there's an actual track record there to back up the attitude.

Consider: Salesforce has been consistently growing its revenue well into the double digits since it went public in 2004. Over that period of time, the stock has returned an astonishing 3,300%. Though the company now has a market cap of $113 billion, there's still plenty of room for further growth.

That's because the software provider is still growing at a better-than-20%-per-year clip. Through in-house development and strategic acquisition of smaller peers, Salesforce is still very much in growth mode. During the third-quarter 2018 earnings report, Benioff said he sees years of expansion ahead as the economy -- especially the digital economy -- continues to evolve and changes how businesses operate. That plays right into the hand of Salesforce, one of the pioneers of cloud-based services and customer-centric, data-driven software.

As a high-growth endeavor, Salesforce stock can be volatile, but investors interested in penny stocks are used to that already. However, for those willing to buy in and hold for the long haul, this software maker could be a lot bigger than it is now -- especially as the company eventually transitions out of investment-and-growth mode and into profitability mode.

Chuck Saletta (Lexicon Pharmaceuticals): The lure of penny stocks comes from the potential of high returns, assuming everything goes perfectly for the speculator buying those shares. The problem, though, is that most penny stocks wind up being manipulated by scammers -- assuming the underlying business is legitimate in the first place.

There are times, however, when a legitimate business is at a crossroads, where success could mean a real boost to its operations, while failure could mean a whole heap of trouble. For investors willing to take a calculated risk despite the potential for a substantial loss, Lexicon Pharmaceuticals looks like it's at that crossroads right now.

Lexicon Pharmaceuticals' shares recently touched a 52-week low after news that a Food and Drug Administration advisory committee deadlocked on whether to recommend approval for its new diabetes drug, Zynquista. Ultimate approval of the drug would provide a boost to Lexicon, which currently only has one approved product on the market. That approved product, Xermelo -- a treatment for carcinoid syndrome diarrhea -- provides some revenue, but not enough to cover Lexicon's total costs of research and operations.

With the committee's deadlock on Zynquista, it is unclear whether the FDA overall will approve the compound, reject it entirely, or send it back for more testing or other review. The central issue that needs to be addressed is that the risk of diabetic ketoacidosis appears higher for patients on Zynquista than for those on a placebo. The question is whether the FDA believes patient education and monitoring are sufficient to warrant approval, or other remediation might be needed.

The FDA has an action date for Zynquista of March 22, so investors are likely to learn the company's next steps in the not-too-distant future. Between now and then, though, investors otherwise tempted by penny stocks might instead consider a position in Lexicon Pharmaceuticals for an alternative with a legitimate chance at success. In Lexicon's case, the risks are a lot clearer, and the potential benefits come from a real company with real products and a clear inflection point ahead of it. 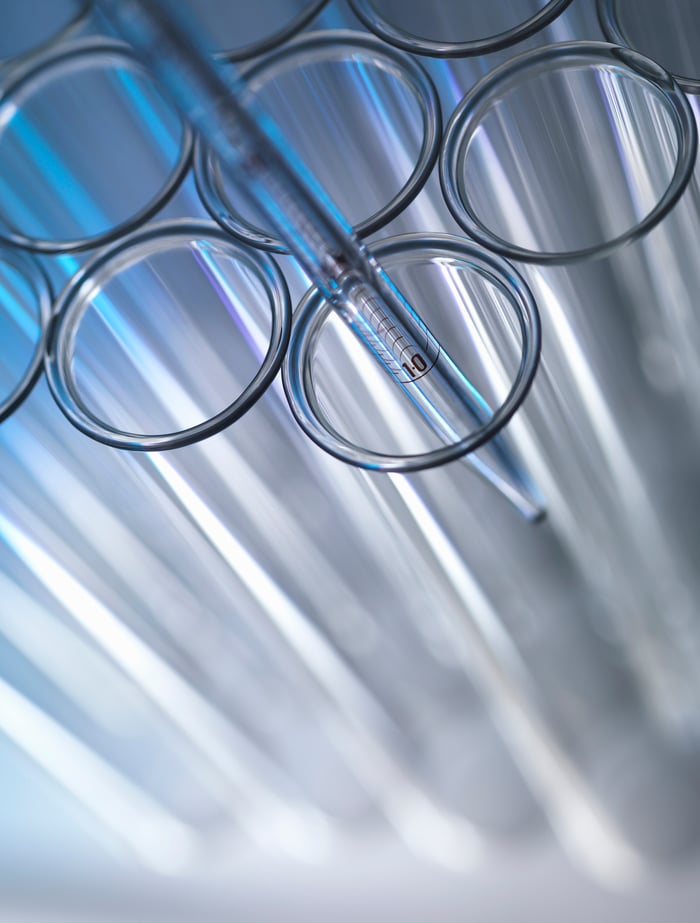 Daniel Miller (NIO): Investors who are eyeballing penny stocks are lured in by the wild upside potential, and are either willing to accept massive risk or are ignorant of the risk. Personally, I think avoiding penny stocks entirely seems like a good bet. But if you're willing to accept risk for potential massive upside, a company often called "China's Tesla" is one to consider: NIO.

NIO is a leading manufacturer of premium electric vehicles in China; there are a number of reasons for optimism about its future potential. One reason to remain optimistic, especially in the near term, is that it's based in, and sells in, China -- so it isn't negatively impacted by the ongoing trade tensions between the U.S. and China. Another reason is that NIO has an incredible brand image in China, even if it's relatively unheard-of in the States. In fact, in late 2017, NIO presented its first "NIO Day" to unveil the ES8 (an electric SUV) -- and it drew over 110 million views, more than the 103.4 million TV viewers for Super Bowl LII a few weeks later. And just over a month ago, NIO unveiled its all-new ES6 as an upscale five-passenger SUV that should continue momentum from the ES8.

NIO has a superb brand image in China, exceeded its 2018 sales guidance, and has momentum with its all-new ES6 launch -- but it's the bigger picture that should have investors excited. Cleaning up China's massive pollution problems is one of the government's top priorities, and as the country pushes for cleaner vehicles, NIO is well-positioned to sell its premium vehicles to an expanding middle and upper class of consumers.

Yes, NIO has massive upside in the decades ahead, as China works through its pollution problems and becomes a hub for electric and driverless vehicle development. But it also has risks. The company is still unprofitable, and competition is surely to heat up in the years ahead, as Tesla and others increase their presence in China. That said, NIO's upside is real, and it's far less risky than speculative penny stocks.