ONEOK (NYSE:OKE) was one of the few stocks that beat the market last year. Overall, the pipeline giant produced a 6.3% total return after factoring in its high-yielding dividend. That crushed the S&P 500's total return, which was a negative 4.4%.

ONEOK appears poised to continue generating market-crushing returns over the next three years. Driving that view is its rare combination of yield and growth, which should combine to fuel double-digit total returns over that time frame. 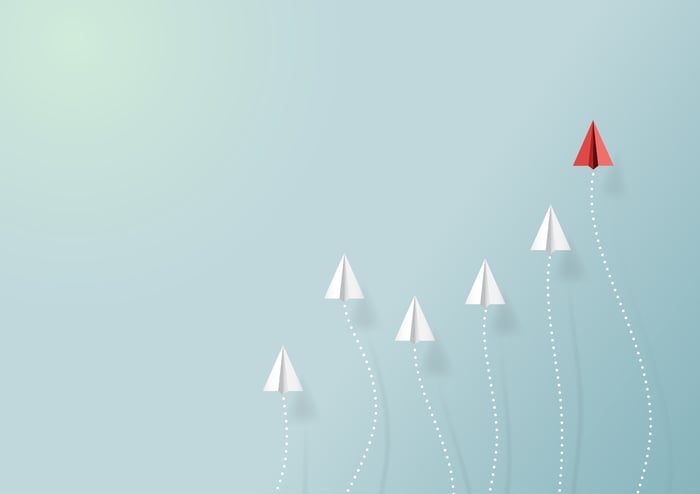 An above-average base return

ONEOK currently pays a well-above-average dividend that yields 5%. That puts it in the top 10% of companies in the S&P 500, where the average yield is around 2%. This payout provides a solid base return for investors.

Many investors tend to overlook the impact of dividends. However, according to research by Morningstar, dividends have contributed 42% of the total returns earned by investors in the S&P 500 from 1930 through 2017. With ONEOK's dividend 150% higher than the average payout in the S&P 500, it has a leg up on the competition.

ONEOK, however, isn't just a yield play. The company currently has $6 billion of growth projects under construction. Long-term, fee-based contracts back these expansions, which gives the company good visibility into future earnings growth.

Due to the timing of project completions, ONEOK anticipates that its EBITDA will increase by 6% in 2019, which is much slower than last year's 23% increase. While the company recently completed a couple of smaller projects, it won't start service on its larger ones until later this year and early 2020. That leads the company to believe that earnings growth will reaccelerate in 2020 when it sees EBITDA expanding at a greater-than-20% rate. Meanwhile, it anticipates continued strong growth in 2021 as the rest of its current slate of projects come online in the first quarter of that year.

Overall, ONEOK believes its EBITDA will expand at a 14.6% annual rate through 2021. That's well above the 6.5% earnings growth rate expected of stocks in the S&P 500.

This high-octane earnings expansion should allow ONEOK to increase its dividend at a 9.5% annual pace over that time frame. That has the company on track to achieve its ambitious dividend-growth forecast of boosting its payout at a 9% to 11% annual rate from 2018 to 2021. That's almost twice the 5.7% anticipated dividend growth rate of stocks in the S&P 500.

That dividend-growth forecast is worth pointing out since companies that increase their dividends consistently have historically outperformed the S&P 500. Using data from 1972 through the end of 2017, companies that grew or initiated dividends generated a 10.07% total annual return, according to Ned Davis Research. That not only outperformed the 7.7% total return from the average stock in the S&P 500 over that time frame, but also the 7.47% total return from stocks that paid their dividends but didn't increase them.

While there are no sure things in investing, ONEOK has a high probability of generating market-smashing returns over the next few years. For starters, it pays an above-average dividend, which should provide a solid base return. On top of that, it expects to grow its earnings and its dividend by nearly twice as fast as the average company in the S&P 500.