These three insurance stocks have potential.

Investors who take the long view can be handsomely rewarded by insurance stocks, though, as many of the industry's best operators have produced double-digit returns on equity for decades at a time. Here's why these Fool.com writers like shares of Boston Omaha (BOC -7.66%), UnitedHealth (UNH 0.55%), and W.R. Berkley (WRB -0.14%) as top insurance stocks.

A baby Berkshire Hathaway with tons of potential

Matt Frankel, CFP (Boston Omaha): One insurer that's in my portfolio and has popped back onto my radar recently is Boston Omaha. This company garnered widespread attention in late 2017 and early 2018 because of a business model that's reminiscent of an early Berkshire Hathaway (BRK.A -1.32%) (BRK.B -1.63%) and because co-CEO Alex Rosek is Buffett's grand-nephew -- although Buffett has nothing to do with Boston Omaha.

Boston Omaha has two main businesses -- surety insurance and billboards -- although the company may eventually branch out into other businesses through acquisitions. (Sound familiar?) To date, the company has made about 30 acquisitions, expanding the geographical reach of its billboard business, with about 5,400 in the company's portfolio at the end of 2018.

Perhaps the most exciting thing about Boston Omaha is that it has virtually unlimited growth potential. With a market cap of about $540 million, it's roughly one one-thousandth the size of Berkshire, and I wouldn't be surprised to see it multiply in size several times over in the decades ahead.

Check out the latest earnings call transcripts for UnitedHealth, W.R. Berkley, and other companies we cover. 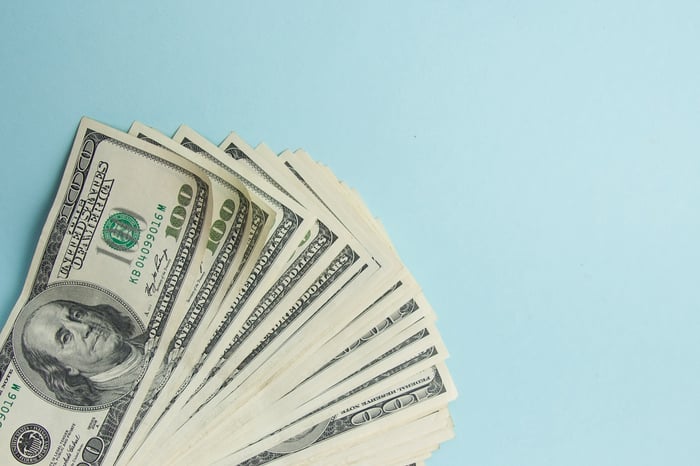 A healthy choice among insurers

Dan Caplinger (UnitedHealth): Providing healthcare coverage is a huge part of the insurance industry, and among the top companies in the health insurance space, UnitedHealth Group has stood out for a long time. UnitedHealth's basic health insurance business, UnitedHealthcare, plays a major role in the overall company's financial success, and it has done a good job of navigating the changing environment in the industry over the past decade. In particular, UnitedHealth made smart decisions in dealing with the Affordable Care Act, remaining conservative about entering into the insurance exchanges set up by state governments and thereby avoiding some of the hits that more aggressive players in the exchanges suffered.

Yet UnitedHealth goes beyond what most insurance companies do, with its Optum business taking steps to help its customers with wellness initiatives and other preventive efforts. By doing so, UnitedHealth not only collects revenue from its employer clients seeking its services but also puts itself in position to have a healthier base of covered employees and other policyholders. Being healthier translates to fewer claims, which in turn can bolster profits.

UnitedHealth does face some challenges, including pressure from lawmakers about the high costs of healthcare and the role that insurers play. However, with an international business and a lot of diversification across areas of the industry, UnitedHealth is in a better position than most to manage those risks and end up ahead.

Jordan Wathen (W.R. Berkley): While it may sound like MBA textbook jargon, the secret sauce of any high-return insurance stock is its culture. For an insurer to outperform, management must be humble enough to forgo growth when insurance is underpriced, and to stomp on the gas pedal when prices are favorable.

W.R. Berkley is a star student in the insurance industry. A specialty insurer, it competes in less standardized lines of business where experience with specific risks really count. Whereas a consumer can easily shop for a rate on auto insurance, a business can't easily compare policies on specialty insurance, because every contract is different.

What makes W.R. Berkley exceptional is that it's also a smart capital allocator, aggressively and opportunistically buying back stock when shares trade cheaply. In the years during and following the 2008 financial crisis, it repurchased stock with both hands, retiring shares at low prices, and helping propel its returns in the years since.

The company maintains a policy of seeking a 15% return on equity in any given year, a variable that's built into management's incentive compensation. It also rewards insiders for a low combined ratio, giving them incentive to underwrite business that would be profitable even if the company failed to earn a single dime from its investment portfolio. W.R. Berkley may have the smoothest earnings of any insurer, given its preference for avoiding exposure to catastrophes such as natural disasters and other large loss events.

Shares often trade at a premium as a result of its steady earnings power, and they recently traded for about two times tangible book value. Even at a premium to its peers, W.R. Berkley is attractive for investors who want an insurer they won't have to babysit.

Meet the Dow's 3 Most Important Components (Hint: Apple Isn't 1 of Them)