Stocks rose on Tuesday morning, but drifted lower in the afternoon. The Dow Jones Industrial Average (^DJI -0.38%) and the S&P 500 (^GSPC -1.03%) still managed to close with moderate gains. 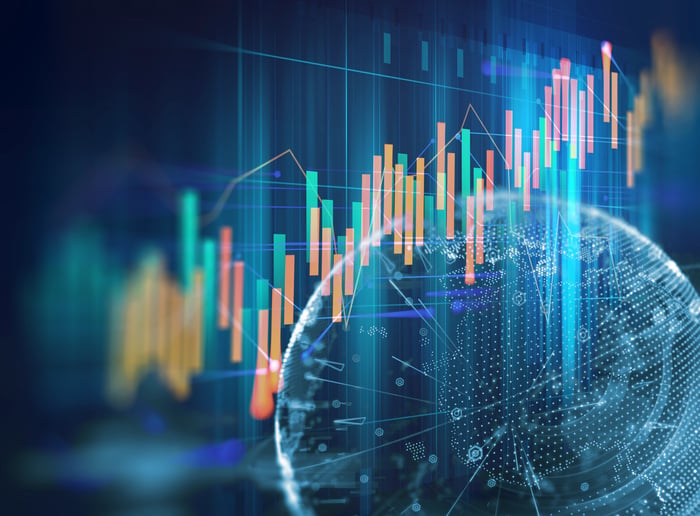 Shares of Bed Bath & Beyond soared 22% after a group of activist investors announced it's launching a proxy fight to replace the entire board of directors and CEO Steven Tamares. The investor group -- which includes activist funds Legion Partners Asset Management, Macellum Advisors GP, and Ancora Advisors -- own 5% of the company's outstanding shares.

The press release by the investor group cites the fact that the company's stock has lost over 80% of its value since early 2015, and says that the current board has failed to adapt the business to a changing retail landscape and has not given proper oversight to the management team due to "a lack of retail expertise and stale perspectives."

Bed Bath & Beyond released its own statement in response, saying the struggling company has held discussions with the group, and "welcomes constructive input," but that "many of the areas highlighted by the Activist Group in its press release are already being addressed at a detailed level by the Company."

Check out the latest earnings call transcripts for Bed Bath & Beyond and Cronos Group.

Canadian marijuana specialist Cronos Group reported fiscal fourth-quarter results that missed expectations for sales and shares initially fell 6%, but recovered to close down 1.4%. Revenue of 5.6 million Canadian dollars was a big increase from CA$1.6 million in the period a year ago, but missed analyst estimates of CA$8.93 million. Cronos attributed the increase to sales of recreational marijuana in Canada and growth in revenue from cannabis oil.

Cronos said its focus will be on the whole value chain, rather than on just increasing capacity. "Our business model is not to be the farmer," said CEO Mike Gorenstein in the conference call. "You can expect our focus to be on making the cheese, rather than on raising and milking the cow."

Jim Crumly has no position in any of the stocks mentioned. The Motley Fool has a disclosure policy.