Move over, Martha Stewart. Canopy Growth (CGC 0.03%) is adding another big-name star to its list of partners.

On Wednesday, Canopy Growth announced that it was teaming up with Houseplant, a Canadian cannabis company founded by actor Seth Rogen and his longtime friend and film collaborator Evan Goldberg. Canopy plans to help produce and distribute Houseplant's products targeting the Canadian recreational marijuana market.

The announcement marked Canopy's second celebrity deal in the last month. Canopy Growth revealed on Feb. 28 that it was adding well-known lifestyle maven and entrepreneur Martha Stewart as a strategic advisor to assist the company in developing and marketing hemp-based cannabidiol (CBD) products.

Can Canopy Growth cash in on its star-studded partnerships? Probably. 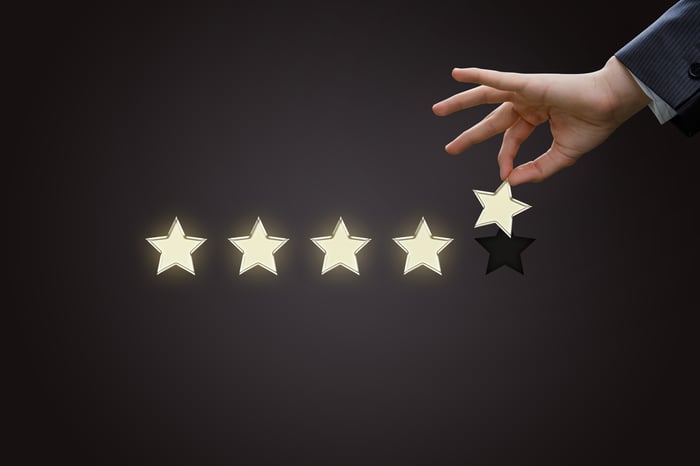 Although Canopy Growth only announced its deal with Houseplant on Wednesday, the two companies have been on friendly terms for much longer. Canopy's press release noted that the company "has worked closely with Houseplant for almost two years."

Canopy Growth President and co-CEO Mark Zekulin said, "We have been getting to know the Houseplant team for quite a while now and continue to be impressed by their understanding of the cannabis consumer, attention to detail, and drive toward their vision." Zekulin also expressed Canopy Growth's enthusiasm about the relationship, stating that "we could not be more excited to partner with Seth, Evan, and the entire Houseplant team."

Seth Rogen and Evan Goldberg are best known for the comedy movies they've worked on together, including Superbad, Pineapple Express, and The Interview. But they seem to be taking their venture into the cannabis industry seriously.

Rogen stated, "Houseplant is a passion we've brought to life through drive and dedication. Every decision we've made for the business reflects the years of education, first-hand experience and respect we have for cannabis." Goldberg seconded that view, saying, "After spending five years diligently preparing for the launch of this company, we're excited to be able to share our passion for cannabis with Canadians in this way."

Houseplant's first product will be available for purchase next month in retail stores and online in British Columbia. Canopy Growth will distribute additional Houseplant products, including other cannabis strains, softgels, and pre-rolled joints, throughout Canada later this year.

Other stars getting into the act

The list of stars jumping aboard the cannabis bandwagon continues to grow. As previously mentioned, Canopy Growth and Martha Stewart are working together to develop CBD products, beginning with CBD products for pets.

Canopy Growth has worked with rapper Snoop Dogg for several years, offering "Leafs by Snoop" branded cannabis products in Canada. Snoop Dogg was even involved in connecting Canopy with Martha Stewart. The rapper and entrepreneur also co-founded a venture capital firm that focuses on the cannabis industry.

Another friend of Snoop Dogg, country singer Willie Nelson, is also active in the cannabis industry. Nelson's "Willie's Reserve" cannabis brand is sold in the U.S. and in Canada by LivWell.

And there are plenty of other celebrities getting into the act. Former heavyweight champ Mike Tyson opened a marijuana business in California. Gene Simmons, bass player for the rock band Kiss, teamed up with Canadian cannabis grower Invictus MD, which even changed its ticker symbol on the TSX Venture Exchange to "GENE" in honor of the rocker. Actress Whoopi Goldberg, singer Melissa Etheridge, and former NFL great Joe Montana have also become involved in cannabis businesses.

Cashing in on celebrity connections

Canopy Growth could be onto something with its deals with well-known stars. Cannabis is a commodity product. Anything that can differentiate a commodity product from other products on the market can translate to significantly higher sales. That's what Canopy is counting on with its celebrity partnerships.

It's worth noting that there can be downsides for companies making celebrity connections. A high-profile scandal or controversy involving a well-known star can damage any brands with which the celebrity is associated. And sometimes the costs of doing business with celebrities are greater than the publicity benefits that the relationships provide.

Teaming up with Seth Rogen and Evan Goldberg, though, could pay off for Canopy Growth. The company owns a minority stake in Houseplant. That gives Canopy Growth added incentive to achieve the goal laid out by its co-CEO of "making Houseplant one of the largest cannabis brands in the world."