Jordan Peele's new horror flick Us easily topped the weekend box office with an impressive $71 million opening in North America. The film had a modest $20 million budget and now boasts the highest opening weekend for an original horror flick, as well as the best opening weekend for an original live-action picture since James Cameron's 2009 Avatar.

Considering Peele's first film Get Out also made a splash at the box office back in 2017, the director is officially a hot commodity. And guess who already has a contract with him? That's right, Amazon (AMZN -8.43%). 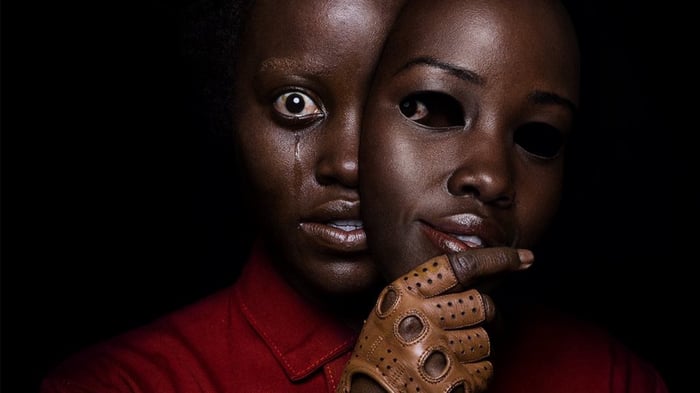 Amazon scooped Peele up in 2018

Amazon must be patting itself on the back after observing the early success of Us, considering it signed the contract with Peele less than a year ago, in June 2018.

The deal was a bit of a gamble considering Peele only had one box office hit at the time. However, Get Out was a cultural phenomenon when it came out in early 2017, earning Peele an Oscar for Best Original Screenplay and bringing in $255 million worldwide on a $4.5 million budget. The film soared on word-of-mouth marketing. In fact, the film saw a 12% spike in sales between Friday and Saturday of its opening weekend.

With a debut film performance that good, it's easy to see why Amazon swooped in on Peele. The agreement means that Peele must give Amazon a first look at any of his TV series ideas. However, his film ideas must still go first to Universal, which was behind both Get Out and Us.

Peele to help Amazon compete in the streaming world

The Amazon-Peele deal has already led to two series being green-lit for the platform. First, there's the 10-episode series The Hunt that follows a group of people fighting against Nazis who want to establish a Fourth Reich in New York. Second, Peele and Amazon are banking on the current spike in true crime documentaries by working on a new one about Lorena Bobbitt.

With two hit horror films under his belt, Peele's brand power is already being compared to that of Christopher Nolan, another director whose name carries enough weight that people will flock to see any movie his name is attached to. This is obviously great news for Amazon, which is working overtime to compete with Netflix (NFLX -0.27%) and other streaming services.

And Amazon is also not alone in signing up high-profile creators. In fact, the streaming world has been acting like a group of piranhas in the past year, each company trying to sign the talent they think will help draw in the most subscribers. The competitive atmosphere is reminiscent of the Silicon Valley poaching scene.

Amazon is lucky to have Peele on its side. First, he is obviously very talented at writing original scripts and that creative vision is sure to help Amazon Video produce some high-quality new series. But even if the shows don't turn out as well as Get Out and Us, Peele's name alone will draw in high viewership. He's quickly become a household name because his films are different from anything else coming out at the moment. And if people want to see his TV series ideas, they'll have to subscribe to Amazon Video. If that isn't a good way to lure people in, then I don't know what is.