Stocks posted gains on Friday morning as the quarter comes to an end.

Based on where the average stands now, the Dow is poised to finish the first quarter with gains of about 2,500 points, or almost 11%. That's an impressive start to the year after lackluster results in 2018, but a couple of Dow components have done even better. Both IBM (IBM -2.08%) and Cisco Systems (CSCO -1.19%) have seen gains of about 24%, and shareholders of the two tech giants hope that it's just the beginning of longer-term trends favoring their stocks.

Check out the latest earnings call transcripts for IBM and Cisco Systems.

IBM's shares picked up another half percent on Friday morning, adding to their Dow-leading performance during the first three months of the year. The rebound is a welcome change of pace from the crushing blows that Big Blue has taken in past years, having lagged behind its Dow peers throughout the 10-year-old bull market. 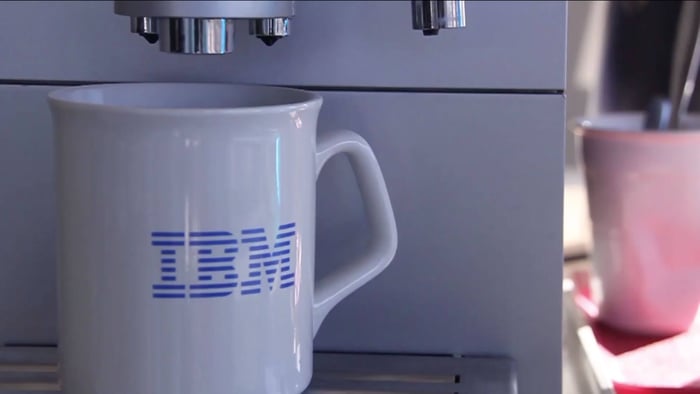 A couple of things have prompted the rebound. First, the company's valuation has fallen to extremely attractive levels even as much of the rest of the technology sector has seen share prices soar. IBM has several lucrative prospects in popular areas such as artificial intelligence, financial technology, and blockchain, and buying Big Blue shares is a cheaper way to play those sectors than going directly to some of the niche players in those hot sectors.

IBM is also excited about its acquisition of Red Hat. Proponents of the $34 billion deal believe that IBM will benefit from Red Hat's successful open-source software business, giving it valuable exposure to the rapidly evolving hybrid cloud computing market. With many major enterprise customers still working out how to embrace the full potential of the cloud, ramping up its product and services offerings could be an essential component of IBM being competitive in the space, and Red Hat should help the company gain from cross-selling opportunities and a wider customer base.

IBM investors have seen brief upswings turn south before, so it's too early to tell whether the stock's gains will last. Even so, 2019 has been the best start IBM's seen in years, and it has investors focusing on its business opportunities for the first time in a long while.

Cisco shares are also up about half a percent this morning, leaving it just behind IBM's quarterly performance. Many of the same trends that have helped IBM are also aiding the networking giant as Cisco seeks to take maximum advantage of prevailing trends in technology today.

Cisco's biggest success lately has been customizing network connectivity to match up optimally with the size of its enterprise clients. Local networks are great for single-office facilities, but for larger groups of several buildings in close proximity, Cisco's campus networking products have been a great alternative to using fully remote data centers. Demand from clients has dramatically boosted sales of the components used in such networks, especially routers and switches, and Cisco relies on the revenue from those core products to bolster its overall numbers.

Increases in speed and bandwidth are always coming, and Cisco will have to keep up with the pace of innovation. For now, though, investors seem comfortable with Cisco's future, and they're helping the stock catch up with some of the gains its Dow tech peers have seen.