This is a great opportunity for the memory industry.

For memory companies like Micron (MU 4.37%), the PC market used to be the big driver of memory demand. In recent years, though, new opportunities from trends including the smartphone boom as well as robust growth in older applications such as data center servers have served to dramatically expand the total addressable market for computer memory products.

Another opportunity that seems to be emerging is the advent of more intelligent cars, which pack significant computational horsepower. While it's true that the makers of the brains of those cars stand to benefit, that computational power needs to be combined with significant amounts of computer memory to form functioning computer systems.

That's a good long-term opportunity for Micron. Let's take a closer look at it. 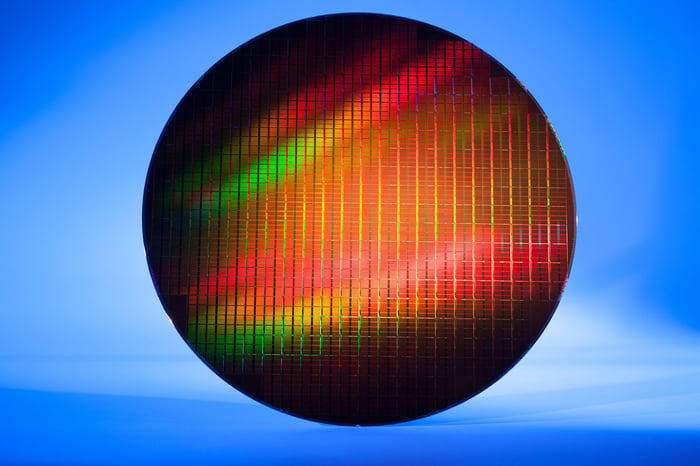 Rewinding back to analyst day

Back at its 2018 analyst day, Micron said that in calendar year 2017, the overall market opportunity for memory sold into automotive applications was $2.5 billion. While not huge -- especially considering that the company pegged its data center and mobile opportunities at the time at $29 billion and $45 billion, respectively -- it was still better than nothing.

By calendar year 2021, however, the company expects that opportunity to balloon to $5.9 billion. Again, that's still sort of a drop in the bucket compared to what the data center and mobile opportunities are expected to be by then ($62 billion and $54 billion, respectively), but it's meaningful, and the market should continue to grow rapidly in the future.

In fact, digging deeper into Micron's analyst day materials, the company indicated that a car with autonomous driving level 3 (that's "conditional automation") will need about 16GB of DRAM and 256GB of NAND flash. Micron seems to expect that level of automation to be commonplace by 2021.

What's worth noting is that Micron also expects that by 2025 cars will be capable of autonomous driving level 5 -- "full automation." Such cars will, per the memory maker, require 74GB of DRAM and 1TB of NAND. That's more than a quadrupling of DRAM capacity and about a quadrupling of NAND flash capacity.

So if Micron's projections are in the right ballpark, the memory growth opportunity in the automotive space should have a very long runway.

The reality is that, in the here and now, automotive isn't that big of a deal for Micron. For some perspective, in Micron's most recent fiscal year only 11% of its revenue came from its embedded business, which the company says "includes memory and storage products sold into automotive, industrial, and consumer markets."

For contrast, 50% came from its compute and networking business (which includes memory sold into the PC and data center markets) and 22% came from sales into the mobile market.

So in the near-to-medium term you shouldn't expect the growing automotive opportunity to really move the needle for the company. The decline in prices for DRAM and NAND -- which led the company to post a nearly 21% revenue decline and a more than 39% earnings per share (EPS) drop last quarter -- is the main driver of Micron's financial results right now.

Over the long term, the continued demand increases for memory content inside of vehicles is only a good thing for overall memory demand, which stands to benefit Micron. But in the short term, Micron and its peers need to weather painful declines in memory pricing and, ultimately, profitability.