The new gaming service will run more than 100 games across iOS, macOS, and tvOS devices.

Apple (AAPL 3.00%) recently introduced Apple Arcade, a subscription gaming service that will arrive this fall. The platform will feature a library of over 100 games, including exclusive titles from SimCity creator Will Wright and Final Fantasy creator Hironobu Sakaguchi. It will be available in over 150 countries and the games will be playable without a constant internet connection. None of the games will feature ads or microtransactions in which players pay for add-ons.

Apple is helping fund development of the platform's exclusive games, which can be accessed from iOS, macOS, and tvOS devices via an iCloud account. Players can save their progress on one device and continue playing on another one if a file is backed up to the cloud. Apple hasn't announced the price yet. 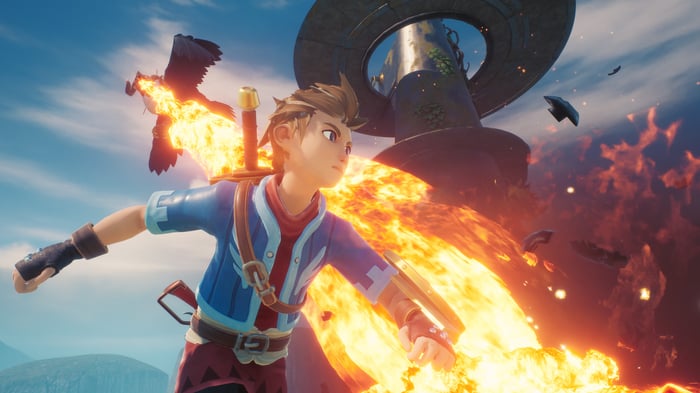 A scene from Oceanhorn 2 for Apple Arcade. Image source: Apple.

Apple unveiled Apple Arcade alongside its streaming video service, Apple TV+, a new version of Apple News, and its Apple Card credit card (linked to Apple Pay) at a media event on March 25. These services are all aimed at boosting Apple's services revenue, which rose 19% annually, to $10.9 billion last quarter, and accounted for 13% of its top line. The segment's primary growth drivers included the App Store (including App Store ads), Apple Pay, cloud services, Apple Care, iTunes, and Apple Music, which serves over 50 million paid subscribers.

Apple needs to grow its services revenue to reduce its dependence on the iPhone, which generated 62% of its sales last quarter. iPhone sales tumbled 15% annually during the quarter thanks in part to tough competition in China and the cannibalization of higher-end iPhones by lower-end ones.

Morgan Stanley analyst Katy Huberty (via Apple Insider) believes that Apple can grow its services revenue from $37.2 billion in 2018 to over $100 billion by 2023. Huberty reportedly wrote that the introduction of new services to Apple's ecosystem will boost annual spending per user from $120 today to $220 by 2023.

A surprisingly conservative approach to games 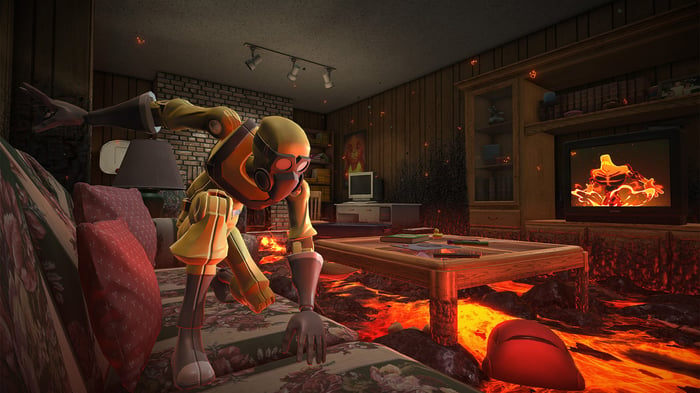 Apple could have an edge over Microsoft and EA since Apple Arcade runs across a wider range of devices, but it's not a revolutionary step forward like Stadia. The likely reason is that Apple's cloud infrastructure, which runs on third-party cloud platforms (including Google Cloud), can't support a full-featured cloud-gaming platform.

Nonetheless, Apple Arcade seems like an elegant solution to two issues. First, many mobile games are swamped with "pay to win" microtransactions and ads. A subscription-based walled garden can eliminate those issues and nurture the development of higher-quality games.

Second, it reduces Apple's dependence on its standard 30% cut of App Store revenues. Several subscription-based apps, like Netflix and Spotify, avoid paying that fee by directing users to subscribe on external sites instead of subscribing within their iOS apps. That rebellion could inspire iOS game makers to adopt similar strategies to avoid losing that money. Therefore, corralling game developers into Apple Arcade and assuming the role of a publisher could help Apple tighten its grip on its gaming business.

But will the business be profitable?

Apple Arcade could help Apple expand its ecosystem and boost its service revenues, but profitability could be tough and rival services are cheap. EA's Origin Access costs $30 per year and Xbox Game Pass costs $10 per month. Apple will likely fund the development of some games and split its subscription revenues with developers, so it could be tough to turn a profit.

However, the growth of higher-margin services (like the App Store) could offset those costs. After all, Apple's cost of sales for its services segment rose only 6% annually last quarter and accounted for 8% of its total cost of sales, which indicates that its services costs aren't spiraling out of control.

Apple Arcade might not become a hit product or a major profit driver on its own, but it could tighten Apple's grip on its customers and keep them locked into its walled garden.