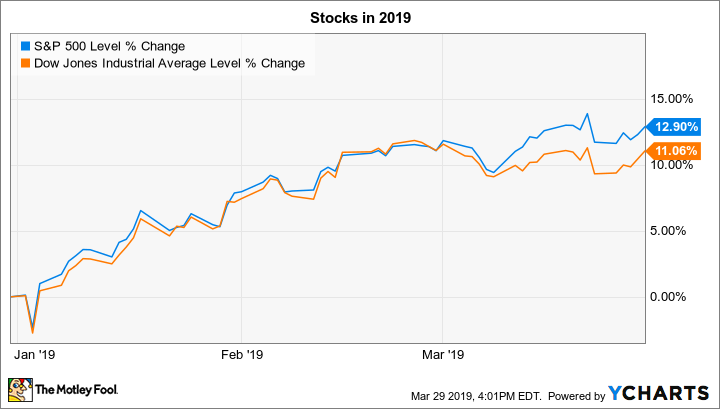 Looking ahead to the next few trading days, stocks in the spotlight include Dave & Buster's (PLAY -6.77%), Constellation Brands (STZ -0.44%) and GameStop (GME -3.72%), which are all set to report fourth-quarter earnings. Below we'll look at a few metrics investors will be watching in those announcements.

Restaurant and entertainment chain Dave & Buster's will announce its latest results on Tuesday afternoon. The stock has had a tough run since October as the company struggled to end a stubborn customer traffic slide. Sales growth trends improved last quarter, but they remained in negative territory.

Dave & Buster's has found success recently on the arcade side of the business, particularly by adding new exclusive VR games. These offerings have helped support the more-profitable gaming segment so that overall margins are improving. Hit game releases has also lessoned the sting from falling food sales.

But the company needs both of its divisions to grow in order to reach its long-term goal of doubling its store footprint. The chain is on track to post its second straight year of falling traffic, though, and if management projects another sales decline in 2019 investors might punish the stock next week.

Constellation Brands steps up to the earnings plate on Thursday morning. The alcoholic beverage giant reported some uncharacteristic sales and profit struggles recently, with margins weakening in the core beer business and revenue declining in wine and spirits. 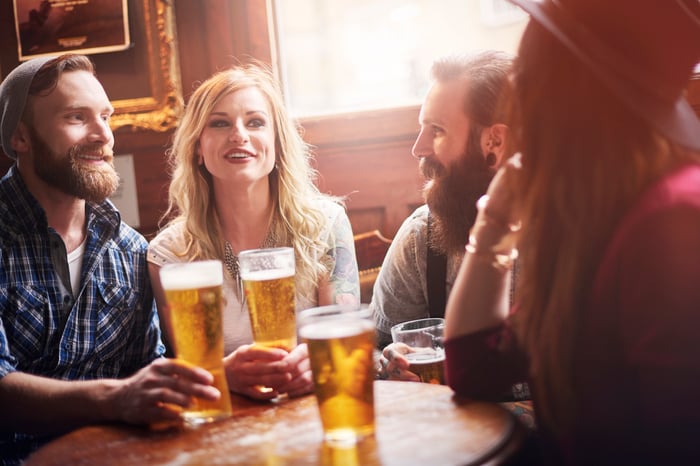 These challenges are likely temporary. After all, Constellation Brands is soaking up market share with its imported beers, and its extra advertising spending is supporting the rollout of Corona Premier, the first addition to that hit franchise in decades. The wine segment should improve with a greater focus on the premium niches.

Meanwhile, expect Constellation Brands to talk up its cannabis beverage plans. Management's $4 billion investment in Canopy Growth provides plenty of flexibility to expand the partnership if the industry takes off. In any case, the investment will likely spark a non-cash equity boost this week, given that Canopy's stock is up more than 60% since Constellation Brands' last earnings report.

GameStop reveals its results on Tuesday in a report that might continue the retailer's recent surging volatility. The video game specialist has had a busy few months since its last announcement. The good news is that sales growth trends have improved modestly. However, the profit outlook is weakening as the company struggles with collapsing demand in its buy-sell-trade video game business.

Investors have been more concerned with news that the company has given up on trying to take itself private. GameStop took a further step toward its go-it-alone strategy in late March when it announced the hiring of a new permanent CEO, George Sherman.

Sherman officially takes over in mid-April, and he will have his work cut out for him in trying to engineer a rebound. GameStop's prior diversification strategy didn't succeed, and investors are eager to hear whether its next initiatives will involve dramatic changes to its capital structure and its business model.