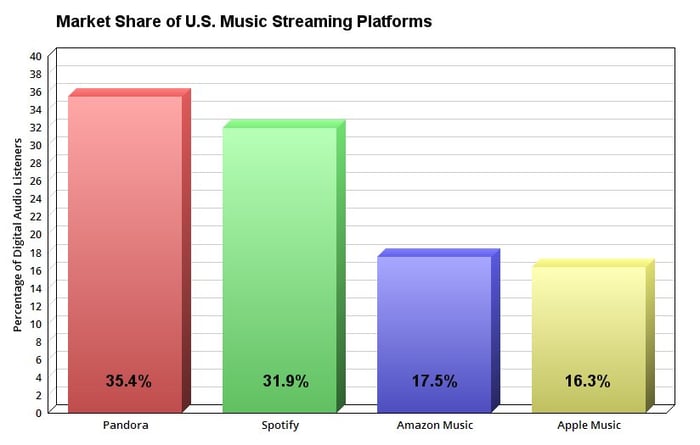 eMarketer estimates that Pandora will have 72.4 million listeners this year, compared to 65.3 million Spotify users. Amazon doesn't disclose its number of listeners, but Apple recently declared that Apple Music had "over 50 million paid subscribers."

It's still too early to declare a winner in this nascent market, but investors should follow it closely as consumers grow accustomed to streaming their songs instead of downloading them.