In a surprise move, the project has been canceled.

It wasn't too long ago that we had multiple sources -- including the esteemed Wall Street Journal -- reporting that Apple (AAPL -1.46%) had begun mass production of its long-delayed AirPower wireless charging mat.

As it turns out, those reports were wrong. Apple said in a statement that it has canceled AirPower altogether, claiming that the product "will not achieve our high standards." That sounds like code for "we couldn't bring the product into mass production." 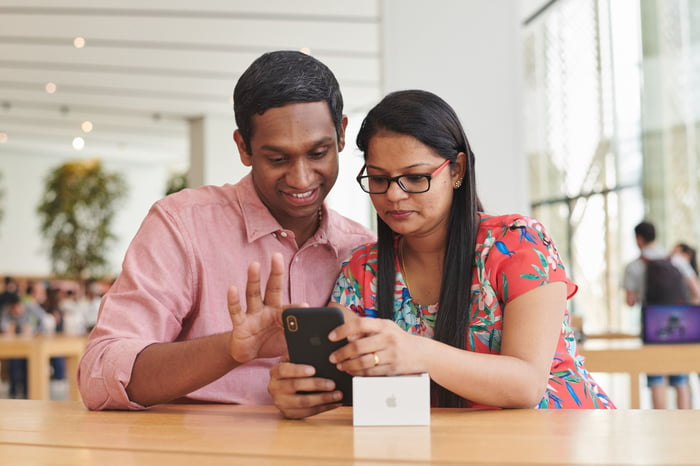 Let's take a closer look at what this does -- and doesn't -- mean for Apple and its shareholders.

Building technology that's never been built before is tough, and success is never guaranteed. I'd be willing to bet that Apple, and companies like it, try to bring a lot of interesting ideas to life, only to have them prove technologically or economically unfeasible.

Apple's mistake was failing to keep AirPower under wraps until it was ready for mass production. The company unveiled AirPower back in late 2017 at a product launch event and told customers they'd be able to buy it in 2018. My suspicion is that Apple wanted to sell customers on the idea that wireless charging on the iPhone 8, 8 Plus, and X would be a really big deal.

But now, instead of quietly failing to bring AirPower to life, the world knows that Apple failed to bring it to market -- potentially damaging Apple's image and disappointing customers who had hoped to buy one.

Is this a negative for Apple?

From a financial perspective, this won't be a thesis-changer for Apple. It would have been better, obviously, had Apple been able to rake in the incremental revenue and gross profit from sales of AirPower, but this isn't the sort of thing that's going to make or break the company's business performance.

Does the failure reflect poorly on Apple's research and development organization? Some might think so, but I don't. Apple tried to build a product that would have been unmatched in the industry. Had Apple succeeded, it would have been a technological triumph as well as a brand-booster.

But, like many product development risks that high-tech companies take, AirPower simply didn't work out. And one thing the AirPower fiasco did manage to do was to validate the impression of Apple as a highly secretive company. Of course, being secretive has a number of advantages, such as limiting what the competition knows about a company's future products. Moreover, by not signaling much about future products, customers won't be disappointed if those products don't make it out into the marketplace.

In any event, I'm sure Apple will continue to invest in trying to build something like AirPower in the future. As technology advances, such a product could end up being feasible someday. At the same time, I expect Apple will be far more quiet about such efforts than it was about AirPower.